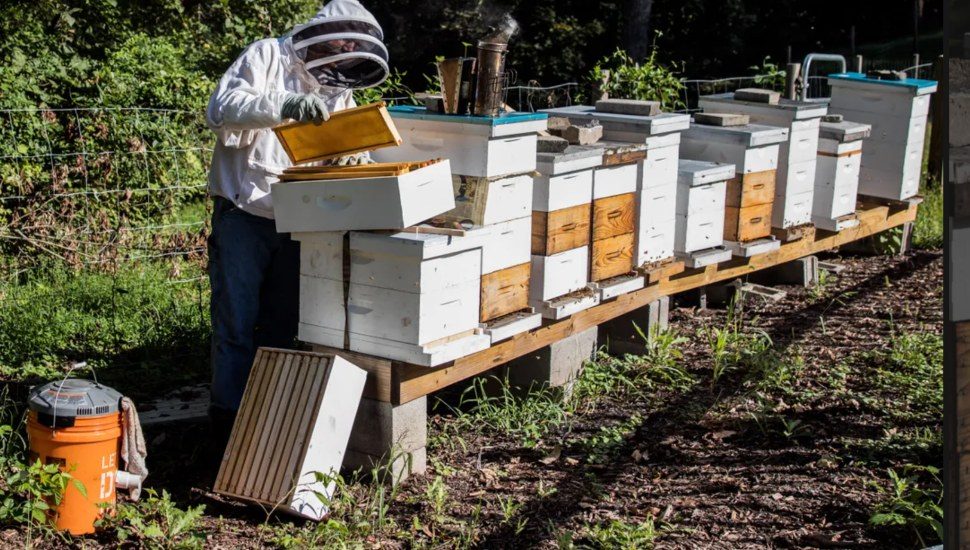 Image via Allan Lattanzi, a general contractor and professional beekeeper of Yerkes Honey Farms in Collegeville.

When Sara and Jason Weaver decided to buy their Skippack home in December without an inspection, they knew there were bees in the walls of the house, writes María Paula Mijares Torres for The Philadelphia Inquirer.

The pair first started realizing they might have a big issue this spring.

He determined the family had three colonies inside the 1872 farmhouse’s walls.

In business for nearly a decade, Lattanzi said this was “the biggest bee removal and reconstruction” project he has worked on.

He managed to remove all the bees last week using a special vacuum that does not harm them, and by using the three queen bees to attract the rest out.

Due to the bee invasion, the family has postponed their moving in date from this fall to next year.

Read more about the bee removal process in The Philadelphia Inquirer.

Bee Swarms are Invading the Philly Area; Beekeepers Protecting Both People and Bees

Montgomery County Mall Put Up for Sale, Expected to Sell for Estimated $50M