Whoopie Pies in Montgomery County are Here at These Cafes 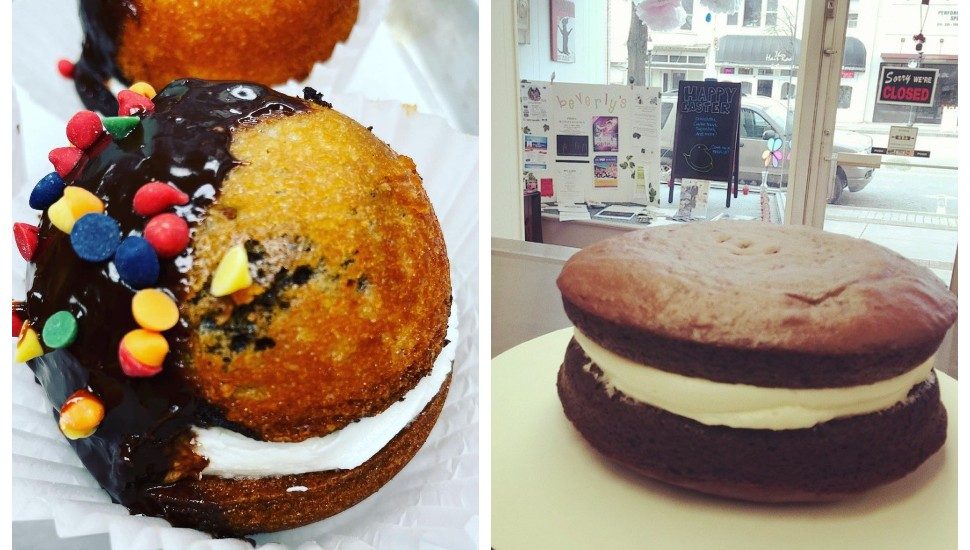 The Philadelphia region does not lack in delicious whoopie pies, but if you really want to treat yourself, there are several places in Montgomery County that make some of the best ones, writes Kae Lani Palmisano for The Philadelphia Inquirer.

“It’s the perfect walking-around treat and [it’s] as iconic as apple pie, which we also make,” said co-owner Kirsten Wente.

Pottstown’s Beverly’s Pastry Shop offers a variety of different combinations of whoopie pie flavors, such as mango cake and passionfruit filling. But it does not forget the classic chocolate with vanilla buttercream.

Meanwhile, Stoltzfus Family Foods in Ardmore offers a taste of Lancaster on the Main Line, as their whoopie pies are brought in from the neighboring county. Find flavors such as the Chocolate Chip Cookies with Icing and the Chocolate Cake with White Icing.

Finally, Wayne’s Sunnyside Pastries offers an astonishing selection of whoopie pies with 16 varieties with varying combinations of cake and filling. Some of the favorites include their chocolate whoopie pie with raspberry filling and a blueberry cake with vanilla cream.

Read more in The Philadelphia Inquirer.

Shopping at This Pottstown Consignment Boutique is a Dream Come True