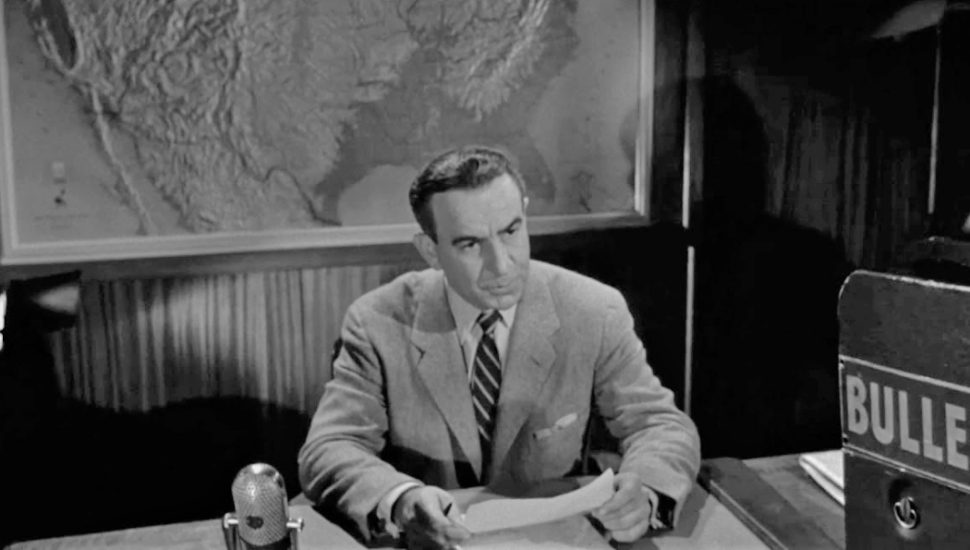 Bala Cynwyd’s John Facenda, the late Philadelphia broadcaster who captivated generations of football fans with his unique style, cadence, and baritone voice, is being honored by the Pro Football Hall of Fame with the 2021 Pete Rozelle Radio-Television Award, writes Nick Shook for NFL.com.

“For nearly 20 years, John Facenda’s resonant voice was, and even today still is, synonymous with the power, strength, and character of the NFL,” said Pro Football Hall of Fame president and CEO David Baker.

It was his “narration of the league’s history, the legacies of those who played and coached in it, and the stories of its greatest moments and memories,” he added, that “helped generations of fans fall in love with the game and make it America’s passion.”

Facenda brought his captivating style to NFL Films when the production company was just starting out and he helped cement its grand and elegant tone from its earliest years.

This is the second time the Hall of Fame has honored the broadcaster. In 1986, he received the Ralph Hay Pioneer Award that recognizes individuals who have made “significant innovative contributions to professional football.”

'Humbled' and 'Overwhelmed' Jay Wright Makes It Into Hall of Fame