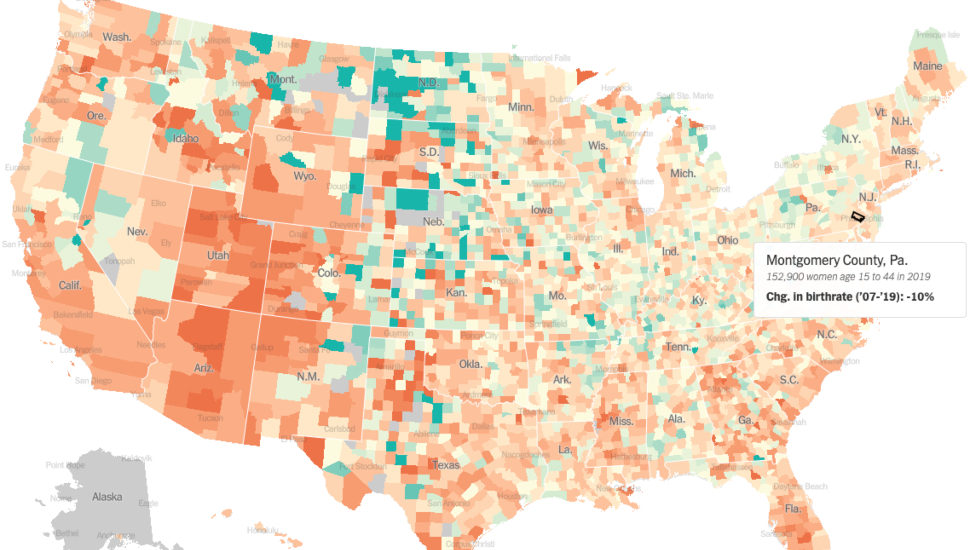 Over the past decade, the birthrate among women in their twenties has dropped significantly both in Montgomery County and nationwide as education and career moved up on the list of priorities, write Sabrina Tavernise, Claire Cain Miller, Quoctrung Bui, and Robert Gebeloff for The New York Times.

The birthrate is falling fastest in urban counties, where the higher number of available jobs is giving women more incentive to wait than in rural counties.

This puts Montgomery County in third place among Philadelphia’s collar counties with the highest drop. Chester County recorded the highest drop at 13 percent, followed by Bucks County with a 12 percent drop. Delaware County had the lowest drop at six percent.

'Let’s Put Out a Press Release!' When to Make a Big Show of Your Firm’s News — and When Not To