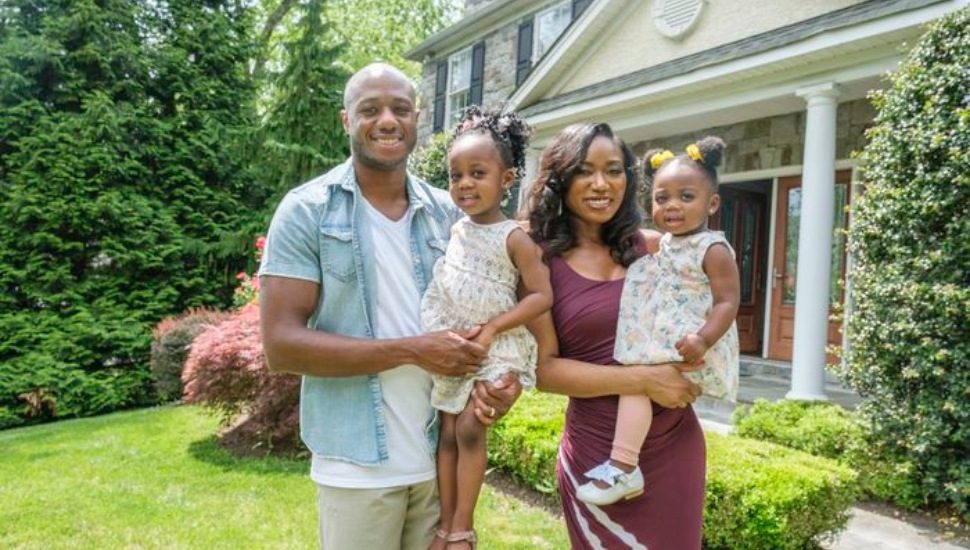 Image via Ed Hille, The Philadelphia Inquirer.
Cole and Erica Brown, with their daughters at their new Bryn Mawr Colonial.

After leaving their Center City apartment, Cole and Erica Brown and their two daughters found refuge and comfort from the pandemic in their new Bryn Mawr Colonial home, writes Terri Akman for The Philadelphia Inquirer.

“Coming out of the cramped apartment, I loved the space and privacy of the home,” said Erica, a family physician.

Finding a new home that met all their requirements – including having enough space for a guest room and home office while being in close proximity to Philadelphia – was made more difficult by the pandemic-influenced frenetic housing market.

But as soon as they saw the 6,000-square-foot Colonial with its stone façade, lush yard, and five bedrooms, the family knew they found their new home.

“The house has an open concept, which was very important to me,” said Erica.

It was move-in ready so the only thing they needed to do was combine an existing bedroom with the primary suite to create a walk-in closet.

They also painted over the banana yellow walls and added color and texture to the décor with their extensive art collection.

Read more about the family’s new home in The Philadelphia Inquirer. 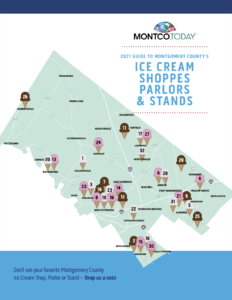 Food and DrinkFarmers Market Season is Here! See Where You Can Get the Best Produce and Artisan Food in MontcoMay 31, 2021