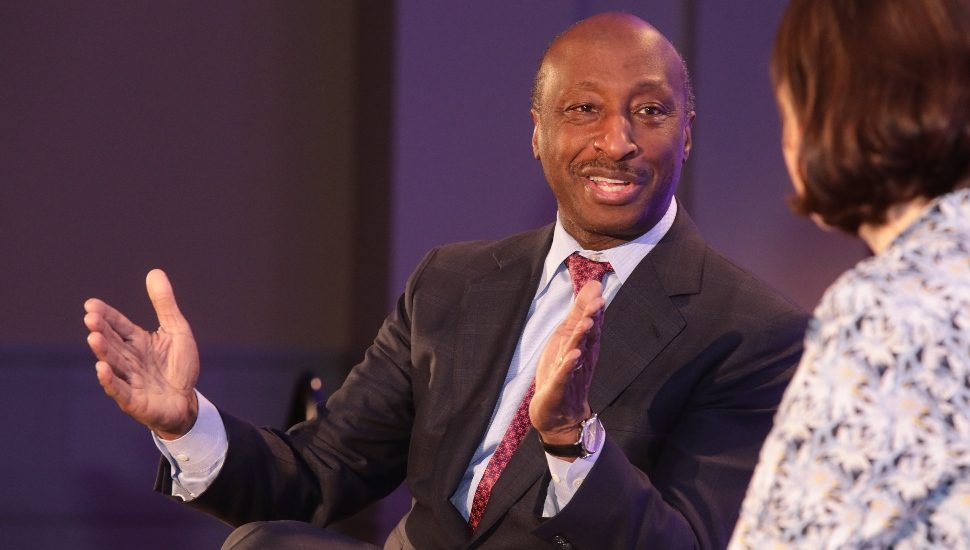 Kenneth Frazier, CEO of Merck, the pharmaceutical giant with sizable operations in West Point, has been named CEO of the Year by Chief Executive magazine, writes Alex Keown for BioSpace.

Upper Gwynedd-based Frazier, who will retire from his role at the end of next month, was selected by an independent committee for the prestigious title.

This recognizes him for his leadership skills that have helped guide the company and expand its influence in oncology, especially with its powerhouse checkpoint inhibitor Keytruda.

He was also recognized for his influence in developing Merck’s discovery research programs as well as his devotion to social justice and economic inclusion.

Frazier is one of the founders and co-chair of OneTen, a group of leading organizations that are dedicated to upskilling, hiring, and promoting one million Black Americans to family-sustaining jobs.

He has received numerous recognitions for his advocacy, such as the Anti-Defamation League Courage Against Hate Award and the Legend in Leadership Award from the Yale School of Management.

He was named one of the World’s Greatest Leaders by Fortune Magazine in 2018 and became the first recipient of the Forbes Lifetime Achievement Award for Healthcare the following year.

Read more about Kenneth Frazier, CEO of the Year, in BioSpace.