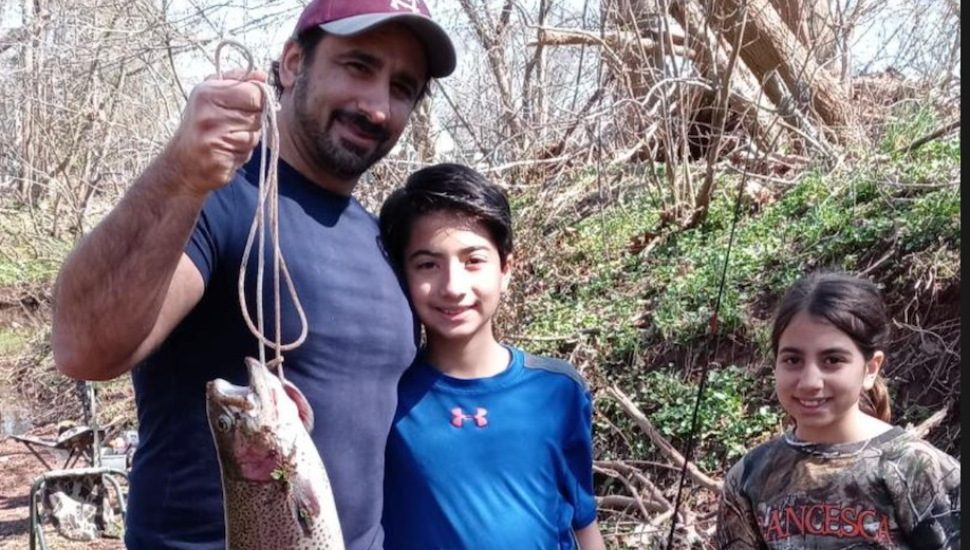 Image via the Times Herald.

Eleven-year-old Domenick Chiefalo of Norristown landed a trophy fish he can brag about for years to come on his first day of trout fishing, writes Gary Puleo for The Times Herald.

The incredible catch was 23 inches long and weighed in at nearly six pounds. This was a surprise to both the young fisher and his grandfather, Vico Cognata, owner of Vico’s Auto Body in Norristown.

“Saturday was a day for youth to fish for trout and they need to be mentored by an adult, so I took my two grandkids, Domenick and his sister Francesca, to Skippack Creek,” said Cognata. “The first time I took my grandson fishing for trout and he catches a giant. It was really huge – it looked like a salmon.”

The fish the boy caught is most likely a golden Rainbow trout that was raised at the Huntsdale Fish Hatchery, said Mike Parker, Communications Director for the Pennsylvania Fish and Boat Commission.

“There’s a lot of people out there competing for the fish, so it’s still something special to catch one of the big ones or catch a golden Rainbow trout,” he said.

Read more about trout fishing in The Times Herald.