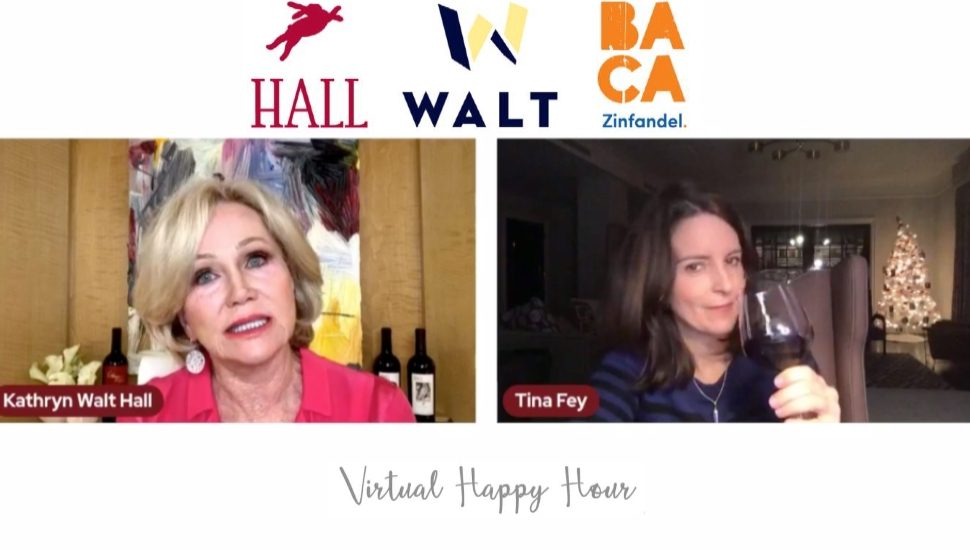 Vinter Kathryn Hall of Hall Wines does a weekly happy hour, in South Saint Helena, Napa Valley, California, and this week she was joined by none other than Upper Darby’s own Tina Fey.

Tina is actor, writer, and producer, and you see many flashes of her PA love in 30 Rock, especially when it comes to the Philadelphia Phillies.

Tina and Kathryn were ‘sharing’ a Hall Coeur Cabernet Sauvignon, with Kathryn in California and Tina in New York, and Tina told us about hosting the 2021 Golden Globes with her good friend Amy Poehler (at the Beverly Hilton in Los Angeles, California), with Tina in Manhattan at the Rainbow Room, and their audience was full of ‘smoking hot first responders and essential workers.’

“Next year I hope Amy and I are in the same room, but it wasn’t too bad doing it separately and with masks on (except when we were speaking),” Fey said. “We’ve all grown accustomed to it now.”

Fey spoke about her time on Saturday Night Live as the first female Head Writer, and how she is currently working on Mr. Mayor with Ted Danson (which you can watch on the Peacock streaming service) and just finished Girls5eva, about a 90s girl band who decides to get the band back together in present day, and will be coming out shortly with a great cast.

Kathryn and Tina rounded out the happy hour with a quiz about Fey’s work on Mean Girls, SNL and other movies, and for every question she got right, Hall Wines would donate to the East Harlem School in Manhattan. She raised nearly $5,000 for the school.

Fey ended by saying, “We are all going to be together soon, so mask up, and get your vaccine. We’re going to make it!”

Jim Gardner Anchored His Final 11 pm Broadcast, "Wishes to See the Pandemic Retire Before He Does"