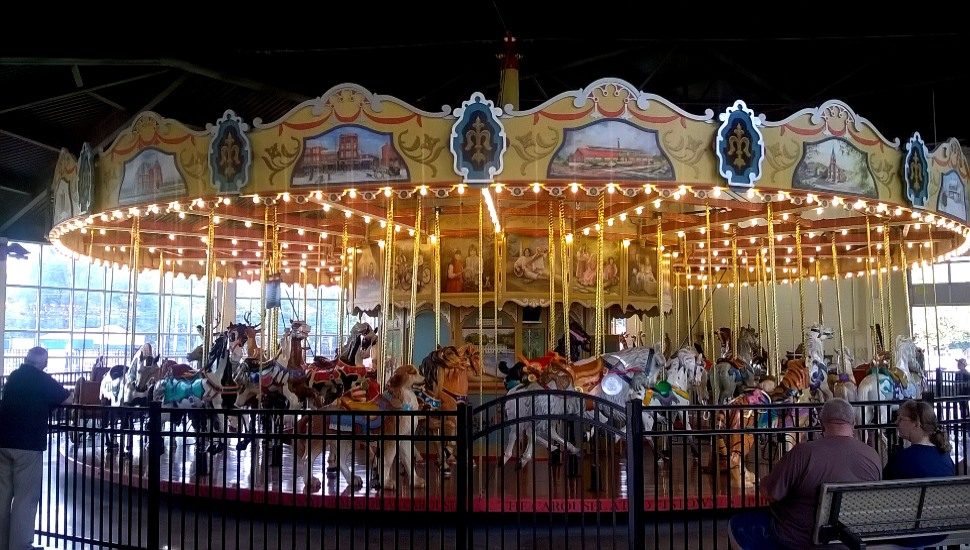 In 1999, a group of volunteers learned that a 1905 carousel was available for sale in Pine Grove. While all the carved animals had already been sold, the mechanism and flooring were still standing. So the group promptly contacted the Pottstown Historical Society which approved the purchase.

A new nonprofit was formed to work on the restoration, while a donation from Mark Saylor and Donna Pearson in the memory of their late son Derek helped push the process along.

The replica solid-wood animals were hand-carved by Ed Roth, a California-based sculptor, over 15 years. Many volunteer carvers, sanders, and painters also contributed countless hours to bring the animals back to life.

Once the animals were completed, the full carousel was placed on a donated lot in the former Bethlehem Steel Yard. It was then moved to its permanent home at the former Pottstown Metal Welding Company.

In 2017, the carousel opened its doors to the public.