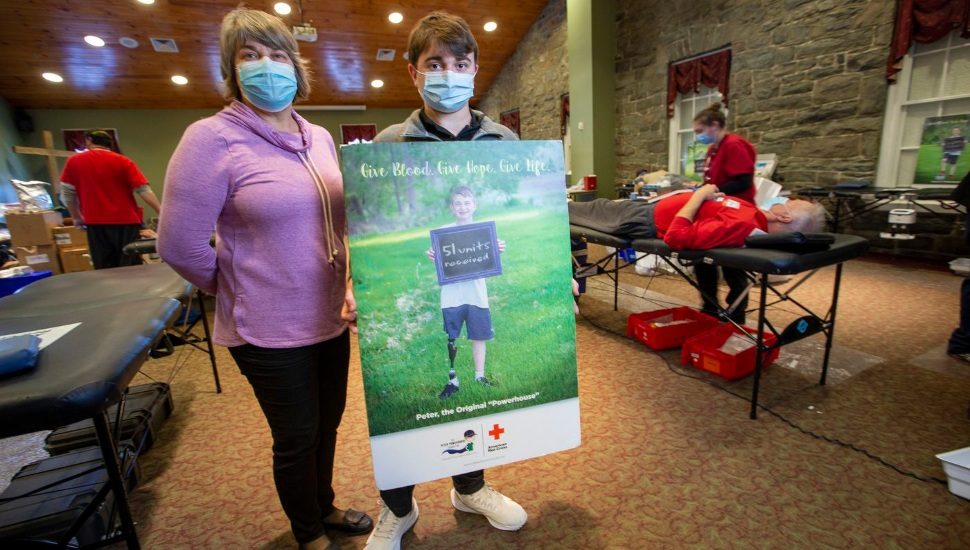 Image via Alejandro A. Alvarez, The Philadelphia Inquirer.
Peter Zucca with his mother Dawn Zucca at Towamencin Mennonite Church.

A Harleysville mother and son team, Dawn and Peter Zucca, helped keep blood drives going during the pandemic by organizing 44 drives and collecting nearly 4,000 units during 2020, writes Susan Snyder for The Philadelphia Inquirer.

The mother received a call at the start of the pandemic from a concerned Red Cross manager who said that nearly every place with a blood drive scheduled had cancelled.

“Peter and I thought, ‘Wow, this is nuts,’” recalled Zucca.

So they received permission from their church, Towamencin Mennonite, to use one of its facilities for blood drives. During two weeks at the end of March, they hosted 12 drives, holding 44 drives in total.

This secured enough blood to benefit 12,000 people and accounted for 11 percent of the blood collected from county drives last year.

The Zuccas have been helping the local Red Cross organize blood drives for the past six years as a way of giving back. This comes after the now-18-year-old Peter received 51 units of blood as a young child battling cancer.

Read more about the pair’s efforts at The Philadelphia Inquirer by clicking here.

March 6 Update: ZIP Codes Where COVID-19 Spread the Most and Least in Montgomery County