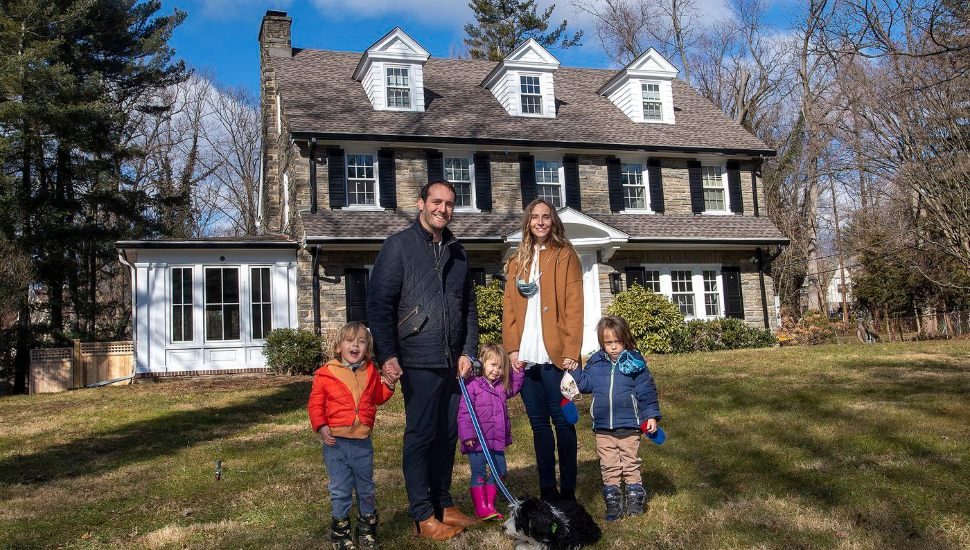 Looking for more space than their Center City home offered for their fast-growing family, Liza and Justin Bresson found their perfect home in a Wynnewood stone colonial, writes Terri Akman for The Philadelphia Inquirer.

The pair thought the circa-1930s property was intriguing from the first moment they saw it in 2019. While the yard was overgrown and the house obviously needed some work, they both love stone colonials.

“It looked preserved like it was the nicest house from 1970,” said Justin, a Realtor with Compass.

The pair’s first move was to replace the windows, boiler, and wiring. They then focused on the cosmetic upgrades, including painting the walls and refinishing the floors.

Most of the furniture are older pieces with Middle Eastern flair that Liza, founder of Wynnewood-based FPRE, bought over the years.

The family soon that found their new favorite spot is in the sunroom turned playroom, where the three toddlers love spending their time.

After doing the interior of the home, they switched focus to the front yard.

“We had neighbors pulling over in front of our house saying they never knew our house existed,” said Lisa.

Real Estate‘Living in Art,’ Couple Says of Their Historic HomeFebruary 11, 2021