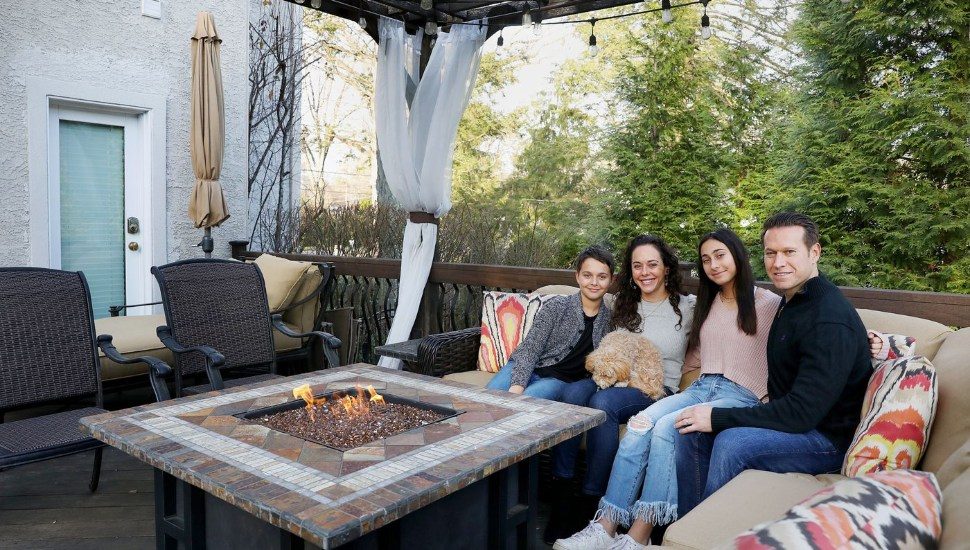 Images via Tim Tai, The Philadelphia Inquirer.
Stan and Lauren Kanevsky have turned the residence into a contemporary-styled dream home for them and their two children.

After two years of house-hunting, Stan and Lauren Kanevsky decided to take a chance on a traditional Colonial home in Gladwyne, writes Terri Akman for The Philadelphia Inquirer.

Years of renovations and updates later, they have managed to turn the residence into a dream contemporary home for them and their two children.

The transformation of the home was a slow and lengthy process. When they originally moved in in 2006, it was mostly cosmetic improvements. Ten years on, they began the major renovations.

First the couple opted to remove the non-weight-bearing columns in the living room, creating a space that feels like a modern bar or lounge.

“That unraveling of removing the columns led to refinishing the floors, which led to removing the family room built-in bookcase and existing fireplace, which led to the much bigger renovation project,” said Lauren, general counsel and principal of Evergreen Apartment Group.

The goal was to create a modern and open concept within the home. Once this was achieved, they hit up art shows to find unique works to populate the space.

They also fixed up the basement as a game room and a gym.

Don’t Move To The Country Just Yet!