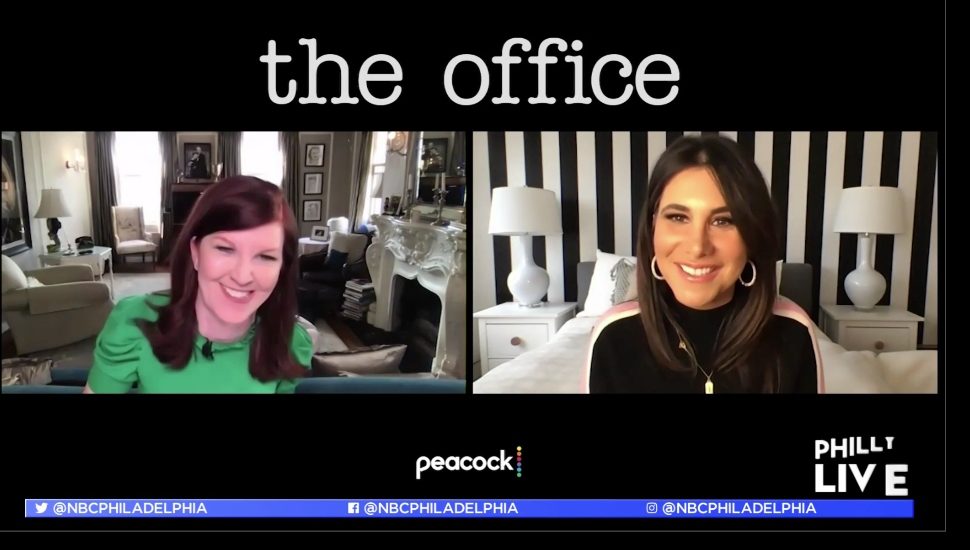 Image via NBC10.
Ardmore native Kate Flannery, who played Meredith Palmer on the hit NBC series The Office, reflects on how drastically being a part of the show changed her life.

Before landing her role on The Office, the show that became a major hit for NBC, Ardmore native Kate Flannery was single and working as a waitress at the age of forty, the actress recalled in an interview with Joelle Garguilo for the NBC10 Philadelphia.

“By the time I turned 41 I was on a hit show and met my boyfriend that I’ve been with for 15 years,” she said. “It’s an embarrassment of riches.”

Today, the show has a stronger fan base than it did while on the air. For Flannery, it has been amazing to be part of this renewed excitement.

“There is so much affection for the show that I even sometimes get recognized by the back of my head,” she said. “It’s nuts!”

The first time Flannery realized just how big of a deal the show was becoming, was at the end of season one when she went to the premiere of Steve Carell’s movie, 40-Year-Old Virgin.

“I had this epiphany,” she recalled. “Something huge is happening with Steve and we are with him.”

Watch the entire interview at NBC10 Philadelphia by clicking here.

ArdmoreDespite Pandemic, Ardmore Retains Its Standing as One of Region’s Dining EpicentersNovember 10, 2020