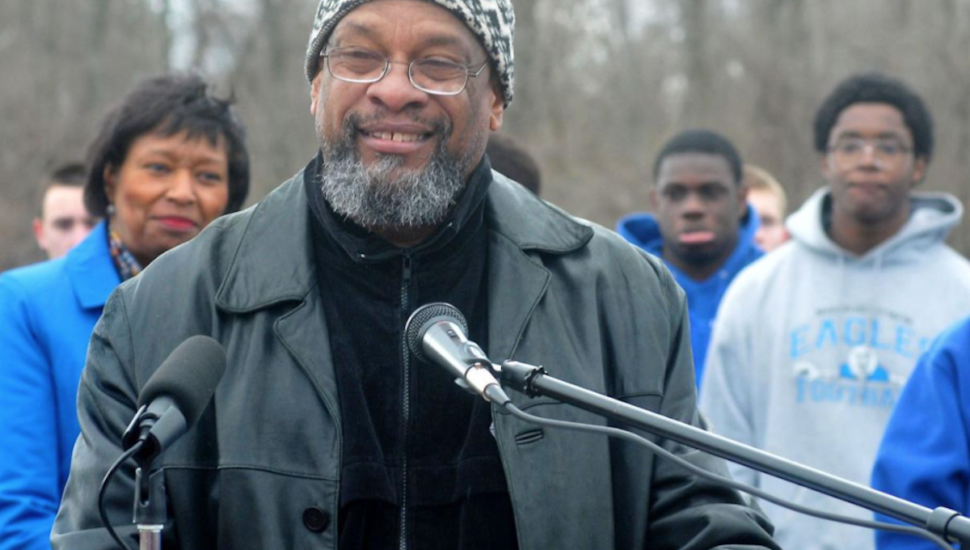 Image via The Times Herald/MNG File Photo.
Ron Livers speaks to the crowd at a Track & Field ceremony at Norristown Area High School in 2013.

Ron Livers, a Norristown track and field legend and a three-time NCAA champion in the triple jump, died on December 19 at age 65, writes Mike Cabrey for The Times Herald.

Livers was among the best triple-jumpers in the world when he competed. Most recently, he worked as an assistant coach for the Perkiomen Valley track and field team.

“The bottom line was he was one of the all-time great competitors in the high jump and triple jump but on top of it probably a better person,” said Livers’ older brother, Larry Jr.

Livers began his athletic career at Norristown High School as a PIAA champion in the high jump and triple jump. After graduating in 1973, he went on to San Jose State, where he continued to excel.

While there, he became the first man to secure first place at the triple jump three times at the NCAA championships.

His many accomplishments also include a silver medal at the triple jump World University Games 1977 and the AAU National Outdoor title in 1979 in the event. He was ranked in the top ten worldwide from 1977 to 1980.

Read more about Ron Livers at The Times Herald by clicking here.

EntertainmentDespite being Ready for Pro Sports to Return, Norristown Doctor Thinks It Is Still Too EarlyJuly 18, 2020