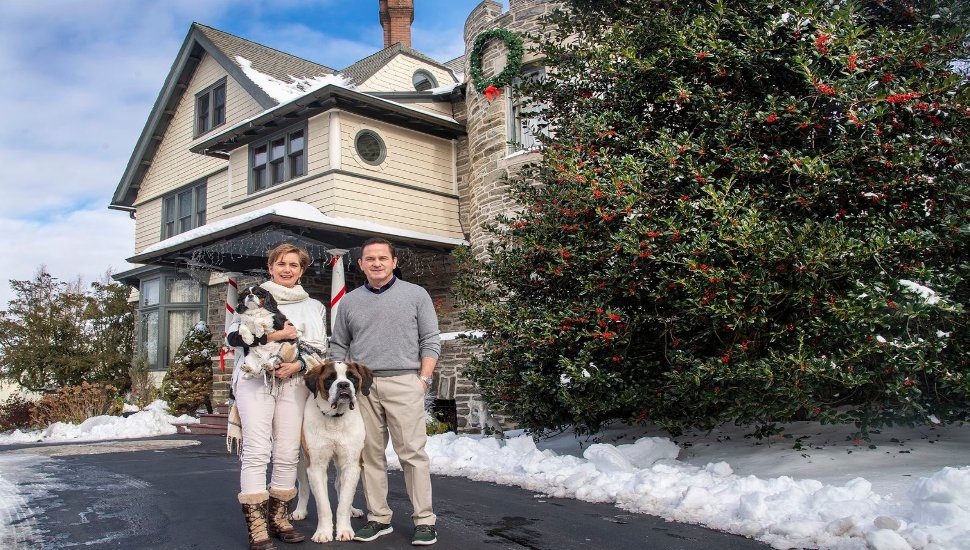 Image via Jose F. Moreno, The Philadelphia Inquirer.
The couple took a chance on a rundown Victorian home in Bryn Mawr two decades ago, and have revived it.

The couple that took a chance on a rundown Victorian home in Bryn Mawr two decades ago have turned it around into a modern home for them and their three children, writes Terri Akman for The Philadelphia Inquirer.

Larry Cusack fell in love with the 1896 Victorian the moment he saw it, but it took some effort convincing his wife, Janet, that it was a good investment.

“I was kind of horrified,” said Janet, a docent at the Barnes Foundation. “It was dirty, and the basement was completely unfinished.”

But there were also things she loved about the house, including its abundance of space.

The couple decided to go for it and spent the first year on structural renovations. After replacing the windows and repainting, they began cosmetic changes.

They turned one of the bedrooms into a home office and another into a gym. They have been updating other areas of the home over the years, most recently renovating the kitchen in 2018 with help of Baroni Building and Liz Walton Home, both from Paoli.

The pair credits Walton with creating a modern kitchen that still fits seamlessly into a Victorian home.

FamilySee If Your Town Made the List of American Towns Rated Best to Raise a FamilyJanuary 9, 2021
Tags: Bryn Mawr, home renovations, The Philadelphia Inquirer, Victorian Home