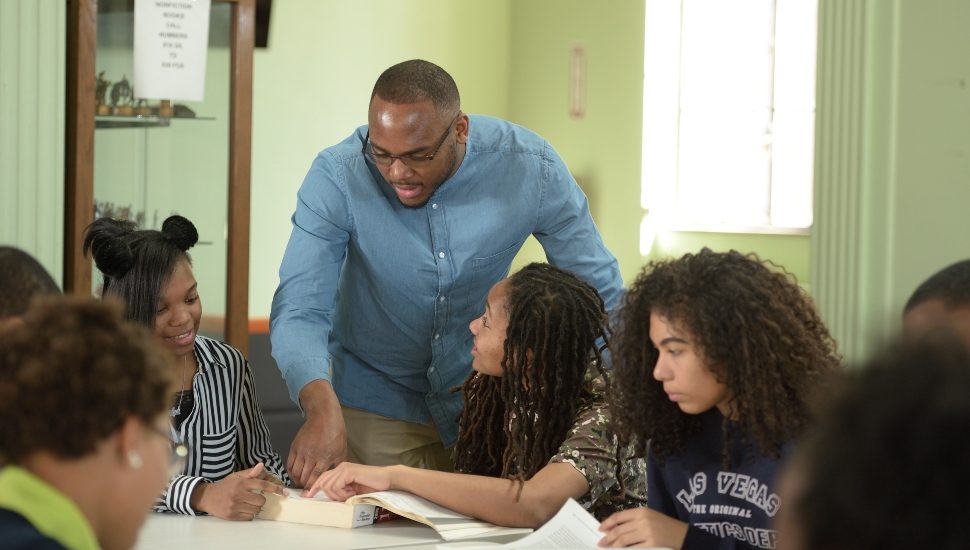 CollegeThoughts is a one-stop shop helping students find their way through the college application process.

Students get help prepping for SATs, writing essays, preparing for interviews and getting the applications filled out.

That’s the least they’ll do for you.

CollegeThoughts, headquartered in King of Prussia, is also a place for self-discovery.

“We want kids to get into the right school, not necessarily every school,” says founder Keith Wilkerson.

The focus is on selling a student’s qualities, authenticity and uniqueness, not on what tricks to use in the application process.

“Most consultants want to help you say the right things to impress the colleges,” he says. “We think you should express your best self and then let the process work.”

The student and his team create an individual plan with the best college options and the best chances of being accepted.

Students are asked to really think about themselves.

“I think colleges connect more to vision than they do to activity lists. Just because you played every sport your school has to offer doesn’t tell us a lot about who you aspire to be,” Wilkerson says.

Colleges want to know your perspective, how you’ve grown as a person, and what’s unique about you.

When one student wrote an essay about creating a system for eating ice cream based on how her day was going, Wilkerson told her parents, “It’s not the deepest essay in the world, but I’ve never had anybody else tell me that and I think it’s going to stand out.”

The girl got in.

“I help kids see in a brighter light why what they’ve done might actually be more remarkable than they think.”

Getting into college is pretty competitive these days. In the Philadelphia region, kids often apply to up to 10 or more colleges.

CollegeThoughts helps students prioritize the choices to find the best fit. Backup plans are critical, in case that dream school doesn’t work out.

The cost of college is a factor when students are weighing their best options.

CollegeThoughts partners with organizations that provide financial advice to kids before they are hit with up to $200,000 in debt that takes, on average, 21 years to pay off.

How it all started

Wilkerson is a first-generation college student, a graduate of Princeton University.

He was able to attend Princeton because of help he received in high school through a college access program.

“That left an impression on me that having outside help is an important part of being successful in a process like that.”

A T-shirt bargain paved his way to Princeton.

In high school, he had his sights on Harvard, because he thought he heard an announcer say his favorite R&B group, Shai, had gone there. (They didn’t. They went to Howard University).

Misinformed, he wore as much Harvard paraphernalia as he could.  When Macy’s had a BOGO sale, he snatched up a Harvard T-shirt, but his mother insisted he get a second shirt as well.  A Princeton shirt happened to match his new pants.

Princeton was relatively close, in New Jersey, so he and his parents checked out the campus.

“It turned out to be an absolutely wonderful place for me,” he says.

While there, he took an education class that talked about supporting education outside the classroom.

“I was not an education major but that class in my senior year really changed my perspective on what I could do with my life.”

He’s had three jobs since graduating in 1997:

He’s helped inner city college kids figure out a path to college through the College Access Program. He then served as regional director for 18 years at the national nonprofit, A Better Chance.

In 2006, an attorney gifted him an incorporation to start his own business after he previously helped her daughter get into the University of Pennsylvania.

His reputation grew after he helped the children of several prominent figures on the Main Line and by 2018, he was ready for his third job; running CollegeThoughts.

“My niche in education is telling good students how to be great,” he says. “I come to this work from the perspective of understanding that I was doing all the right things academically and were it not for others giving me direction and guidance, all of my hard work would not have yielded great outcomes.

“I don’t want that to happen for other students.”

National SpotlightAdvice: Three applications your kids should fill out this summerJune 24, 2019