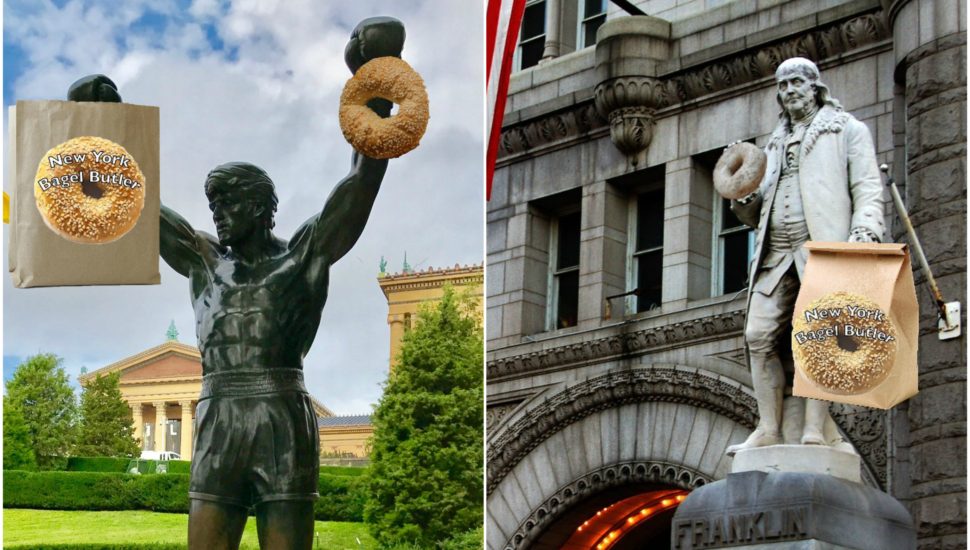 New York Bagel Butler, which delivers bagels directly from the Big Apple to Center City and Montgomery County, is among the area bagel upstarts to watch. Images via Facebook.

New York Bagel Butler, which delivers bagels directly from the Big Apple to Center City and Montgomery County, is among the Philadelphia region bagel upstarts to watch, writes Michael Klein for The Philadelphia Inquirer.

The business was started in May by Josh Anker, a recent Drexel University graduate who was at the time shuttling between Long Island, where his parents live, and his Philadelphia apartment, where he was working remotely for a law firm.

He came up with the idea while looking at a bag of New York bagels he brought back to Philadelphia.

“Something kind of hit me,” said Anker. “Why don’t I just start making this a business?”

With other companies already bringing down New York bagels to shops, he decided that he could get people “bagels literally out of the oven, as opposed to two or three days later.”

In June, he struck an arrangement with a Long Island bagel bakery and started heading to New York at 3 a.m. twice a week to pick up his orders.

His delivery zone is seven miles of Center City and four miles around Willow Grove.

Restaurants & LodgingPhiladelphia Magazine: Some of Region’s Best Bagels Are Made at Wynnewood’s Delancey Street BagelsNovember 8, 2020