WCU Polled 1,676 Students in the Pennsylvania State System of Higher Education. Here’s Who They Favor 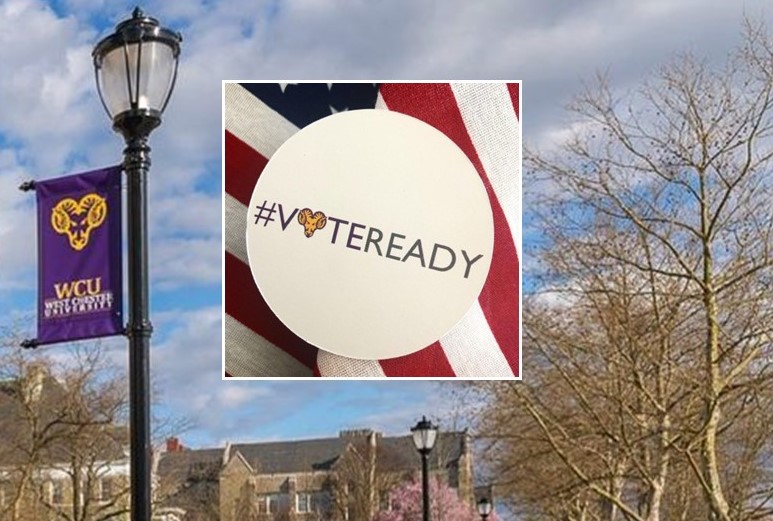 Pennsylvania is one of nine battleground states that could help determine the outcome of the 2020 presidential election, and college students’ votes in the Commonwealth are anticipated to play a major role in election results.

Designed to capture the voting intentions and opinions of Pennsylvania college students, West Chester University’s 2020 Ram Poll surveyed more than 13,000 students attending universities within the Pennsylvania State System of Higher Education. PASSHE enrolls the largest number (80,000-plus) of Pennsylvania residents among all four-year colleges and universities in the Commonwealth.

The 2020 Ram Poll received 1,676 responses from undergraduate students attending 13 universities within the State System, and 86 percent of the respondents stated that they will certainly vote or have already voted. For the upcoming presidential election, 58 percent of State System undergraduate students who responded to the survey favor former Vice President Joe Biden. Meanwhile, 31 percent favor President Donald Trump.

Also, undergraduate women respondents preferred Biden to Trump by 40 percentage points (65 to 25). According to the summary findings of the 2020 Ram Poll, “This gap exceeds the gap in the most recent CNN/SSRS Pennsylvania Poll. CNN found a Biden 59 percent to 39 percent advantage among women. President Trump’s strongest support is among undergraduate men, who still prefer Biden by six percent.”

“The 2016 presidential election shook voters’ faith in election polls,” the report states. “Many forecasters predicted a Clinton win. Combine this with recent rhetoric from candidates about polls being ‘phony’ and ‘unfair,’ and it stands to reason that trust in election polls would be low. … When combining the categories ‘A great deal’ and ‘A good amount,’ trust in polls is higher with Democratic students (63 percent) than Republican students (39 percent).”

Also of interest, when asked to rate a preference for the Best Convenience Store in Pennsylvania, Sheetz (50 percent) beat Wawa (34 percent), with 13 percent of students liking both stores and three percent liking neither.

Survey findings in the 2020 Ram Poll are based on a web-based Qualtrics survey conducted between Oct. 12 and Oct. 18. Random samples of e-mail addresses from each participating university within the State System were obtained. The sample excluded out-of-state and international students, as well as any students not of voting age.

Working Together: West Chester University and the Chester County Community

EducationStudents Who Use WCU’s Resource Pantry Will Have Support Across Eight Weeks This WinterNovember 24, 2020