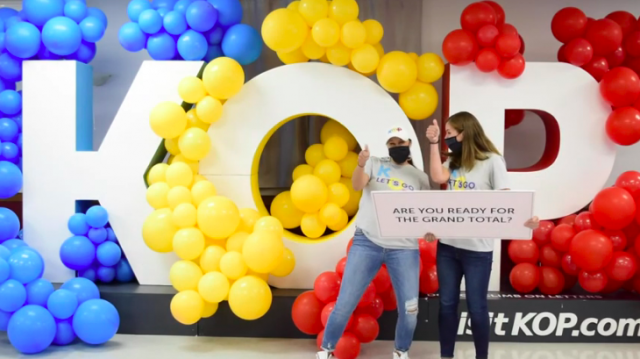 King of Prussia District has donated $40,000 to CHOP through its annual dining and retail events, KOP Restaurant Week and KOP Shops for CHOP. Image via Youtube.com.

King of Prussia District, on behalf of all participating businesses, has donated $40,000 to Children’s Hospital of Philadelphia following its annual dining and retail events, KOP Restaurant Week and KOP Shops for CHOP.

This year’s events were held in March and included over 100 restaurants, retailers and companies, the highest participation in the event’s six-year history, all fundraising for CHOP.

“Year after year we are blown away by the support for this special week, and this year is no exception,” said Eric T. Goldstein, Executive Director of King of Prussia District, and Member of CHOP’s King of Prussia Hospital Advisory Council.

King of Prussia District introduced the Community Champions program this year, through which 37 businesses from KOP and beyond were able to donate, as a new addition to KOP Restaurant Week and KOP Shops for CHOP.

Additionally, the students and staff of Upper Merion Area School District joined in supporting CHOP by hosting fundraising pajama days throughout the week.

“I would like to thank the King of Prussia District, sponsors and participating restaurants and retailers for their continued support and commitment in making KOP Restaurant Week and KOP Shops for CHOP a success, particularly during these challenging times,” said Dr. Allison Ballantine, Associate Chief Medical Officer of CHOP’s new inpatient hospital in King of Prussia.

“Your ongoing support has enabled us to continue our mission of providing exceptional care to the children of this community,” said Ballantine.

With ‘Let’s Go, KOP!’ Rallying Cry, District Invites Everybody to Return to Everything They Love in KOP