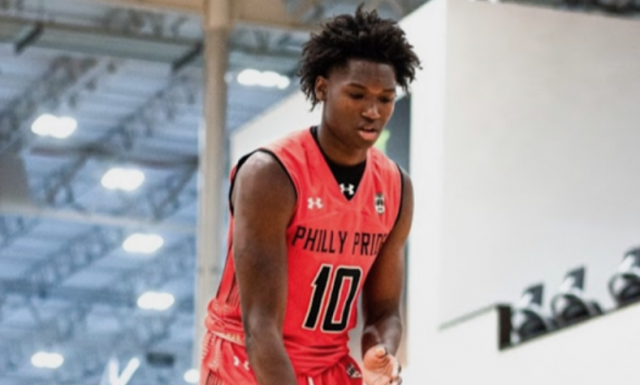 Ed Holland, a standout at Wynnewood’s Friends’ Central, has committed to continuing his basketball career at University of Pennsylvania. Image via The Philadelphia Tribune.

Ed Holland, a standout at Wynnewood’s Friends’ Central and one of the best players in the Philadelphia area, has committed to continuing his basketball career at University of Pennsylvania, writes Donald Hunt for The Philadelphia Tribune.

The 6-foot-5 senior guard and forward is looking forward to playing for the Quakers.

“My dream was to play Division I basketball,” said Holland. “I’m blessed that in itself that happened especially choosing Penn. Ever since they started recruiting me it felt like family. It’s just been really close.”

Holland received offers from numerous Division I schools, including Providence, Penn State, and Rhode Island. He was also recruited by three other Ivy League schools – Columbia, Yale, and Princeton.

The basketball star said he is overjoyed to stay close to home and play his college basketball in the Ivy League as well as to get the opportunity to play in the Philadelphia Big 5.

Now that he has made his college decision, Holland is ready to focus on his final year playing high school basketball.

“It takes a lot of pressure off my shoulders,” said Holland.

Read more about Ed Holland at The Philadelphia Tribune by clicking here.