Paoli Woman Sparks Cycle of Kindness Spreading Throughout the Country 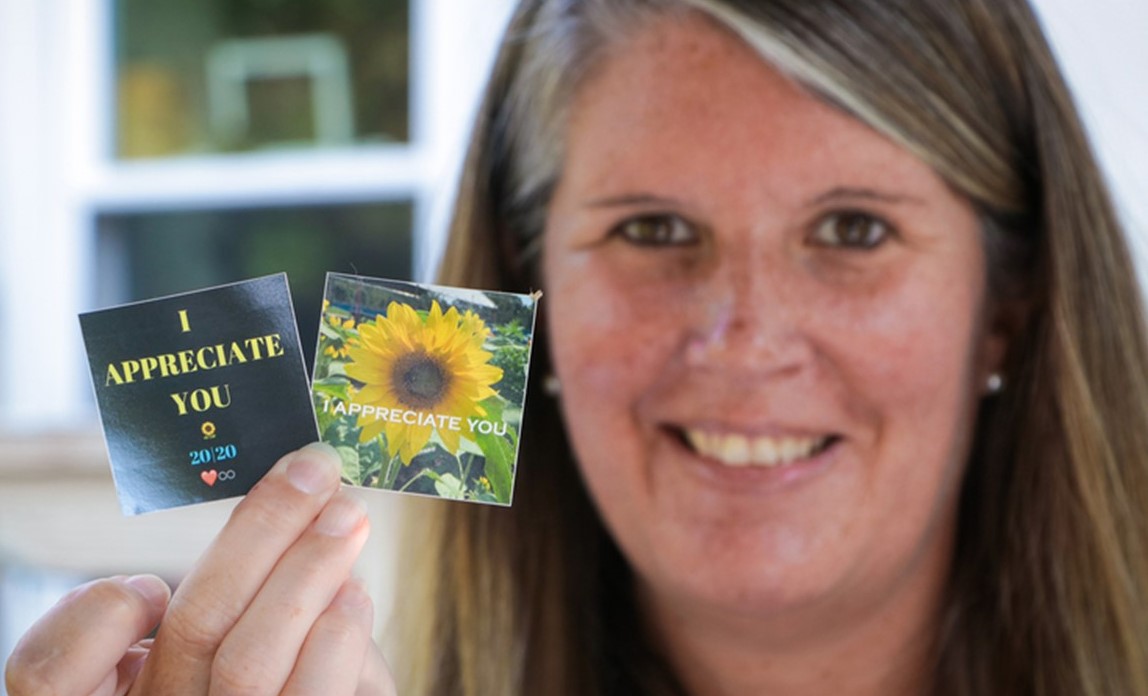 Image of Megan Forgie via 6ABC.

Paoli resident Megan Forgie is spreading kindness across the community and the country in challenging times with “I Appreciate You” stickers, writes Matteo Iadonisi for 6ABC.

Forgie got the idea two years ago after a co-worker brought her to tears by simply telling her those three words.

“I thought it was the kindest thing anybody has ever said to me,” Forgie said.

Since then, she has been determined to share this same bliss with the world. She began mass-producing stickers with the phrase printed on different backgrounds influenced by the beauty she was surrounded with, including a cardinal feasting on her bird feeder or a sunflower she photographed with her father.

The mother of two has donated numerous stickers to local first responders, waste collectors, teachers, and many others. She also mailed stickers to recipients in 44 states, as well as in Europe and Africa.

Her efforts have sparked a cycle of kindness in which people send her thank-you cards and donations. She has also made lasting friendships on the Internet.

Forgie sees her stickers “as a pick-me-up just to make somebody feel good.”

“We need it right now in this world,” she said.