From Rock to Opera to Spiritual: The Musical Journey of Elkins Park Synagogue’s New Cantor 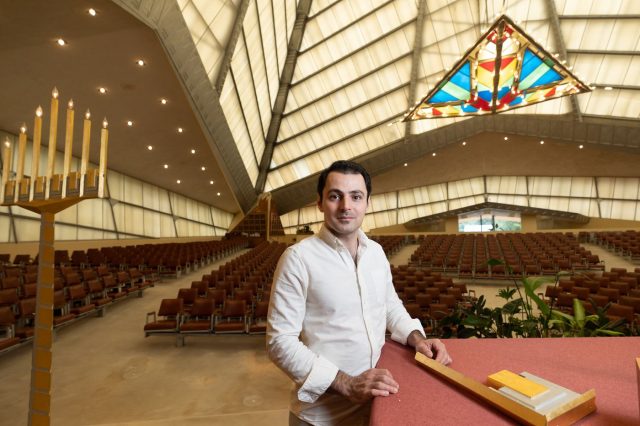 Jacob Agar, the new cantor of Beth Sholom Congregation in Elkins Park, underwent a musical journey from rock to operatic to spiritual music. Image via The Philadelphia Inquirer.

Agar sang Jewish prayers for the first time at his grandfather’s funeral. A year earlier, the 22-year old graduated from the conservatory at the State University of New York.

However, the funeral experience changed his life forever.

“I connected so much to the spiritual music,” he said. “It moved me so much. I felt the music and the suffering so deeply.”

Following the funeral, Agar made a decision. He abandoned the idea of performing opera on stage and enrolled in the Jewish Theological Seminary’s H.L. Miller’s Cantorial School.

After graduating, he got a job at the cantor of a Long Island synagogue before transferring to Beth Sholom Congregation on August 1.

So far, all the services have been performed via Zoom other than one outdoor, socially-distanced service.

“I love it,” said Agar. “The area is historical and is similar to where I grew up” in a New York City suburb.

Read more about Jacob Agar at the Chestnut Hill Local by clicking here.