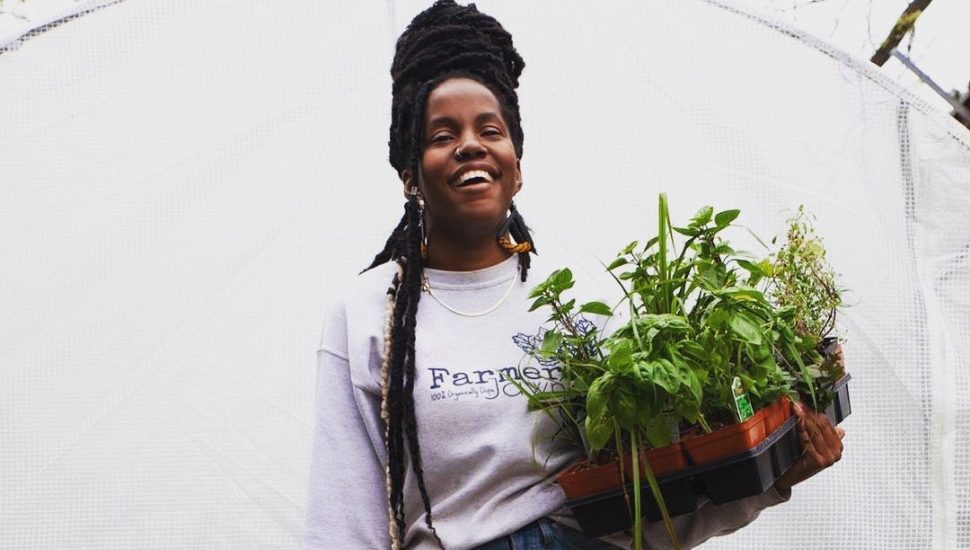 Barfield, who refers to her business as “100% organically dope,” focuses on the intersection of education, environmental science, and food justice.

The Germantown native started her CSA business two years ago on a 4-by-6-foot plot. She expanded last summer, adding five thousand square feet of greenhouses in Elkins Park and close to 200 acres of community gardens in Roxborough’s Schuylkill Environmental Center.

During winter, she seeds and grows produce in her greenhouses, providing fresh produce to area families throughout the entire year.

In addition to her farming operation, Barfield strives to educate local families about the importance of healthy, locally-grown, and pesticide-free produce.

She believes that access to produce is a human right and her ultimate goal is to eradicate “food deserts” neighborhoods in Philadelphia, which are usually home to Black, Latino, Indigenous, and other marginalized communities. The neighborhoods typically have little access to fresh and nutritious food that is also affordable.

Read more about FarmerJawn in the Billy Penn.

AgricultureBee Swarms are Invading the Philly Area; Beekeepers Protecting Both People and BeesMay 15, 2021

Food and DrinkHungry for a Good Hoagie? This Norristown Eatery Has Some of the Best in the RegionMay 29, 2021