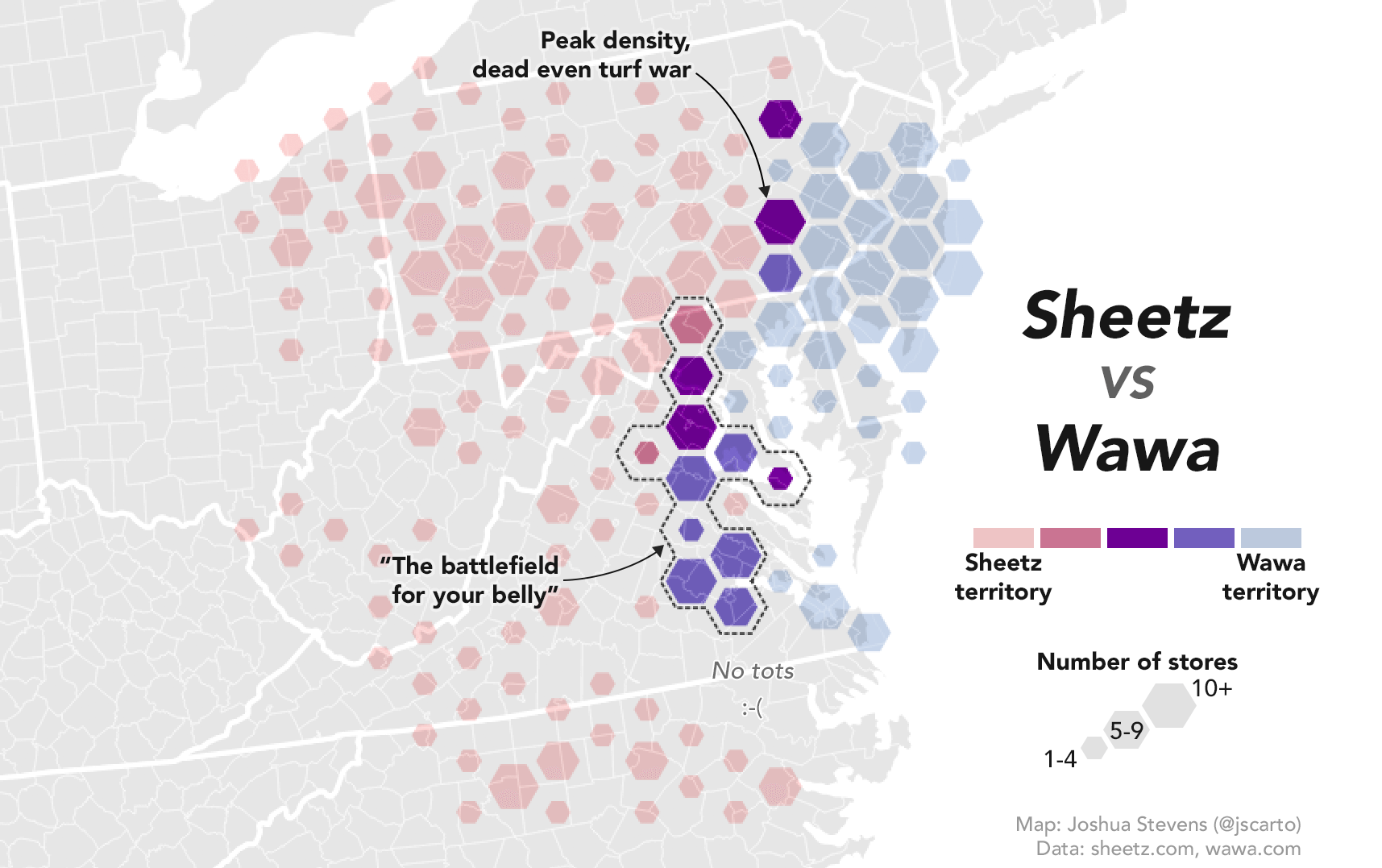 Social media lit up again recently with loyalty oaths to Wawa or Sheetz after President Donald Trump visited a Wawa in King of Prussia, writes Ryan Deto for pghcitypaper.com.

Sheetz, based in Altoona, has the Western Pennsylvania territory while Wawa, of course, is focused in Delaware County and eastern PA.

But both have been expanding.

Now Joshua Stevens, a cartographer at NASA, has a map on Twitter showing the density of Wawa and Sheetz stores across the Mid-Atlantic. Sheetz is marked in red. Wawa is blue.

Berks County is the current battleground for the two stores.

It has 10 stores each for Sheetz and Wawa.

Not surprisingly, southeastern PA and New Jersey are loaded with Wawas and no Sheetz.  Southwest PA is loaded with Sheetz stores and no Wawas.

Another “battleground for your belly” is the DMV area of Washington, D.C., Maryland and Virginia.

Sheetz has a greater range over several states, but Wawa, with a smaller territory, has a higher density of stores.

When Faced with Competition from Wawa, Owner of Nudy’s Café Chose to Go Bigger