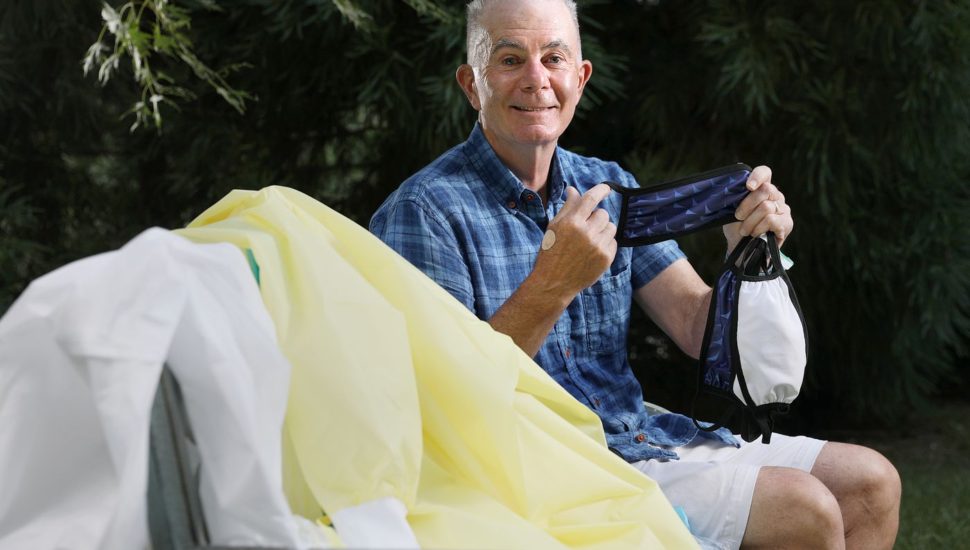 Ed Gribbin, who runs an apparel consultancy firm in Merion Station, believes the demand for medical gowns can benefit the Mede in the Americas movement.

Ed Gribbin, who runs an apparel consultancy firm in Merion Station and is president of the Americas Apparel Producers Network, believes that COVID-19-driven demand for medical gowns could provide a boost for the Mede in the Americas movement, writes Kathleen Nicholson Webber for The Philadelphia Inquirer.

With the pandemic not subsiding, Gribbin’s industry is seeing demand not just for more products, but specifically for goods made in the Americas.

When the pandemic started, the AAPN created a site where suppliers could post their capacity for manufacturing critical PPE. The site was flooded with posts from 1,000 companies within fifteen minutes of going live, all of them offering capabilities, advice, and tools.

Gribbin then categorized those posts and created a spreadsheet he used to connect fabric mills with cut-and-sew operations. The effort proved invaluable as orders keep coming in numbers higher than he ever expected.

“The demand for gowns in medical and nonmedical applications on a month-to-month basis is running ten times what it was a year ago in July because so many people are using them that never used them before,” Gribbin said.

Read more about Ed Gribbin at The Philadelphia Inquirer by clicking here.

Clifton HeightsWith a Proud Spring in Their Step, Pennsylvania Slinky Workers Are Back on the JobDecember 8, 2020