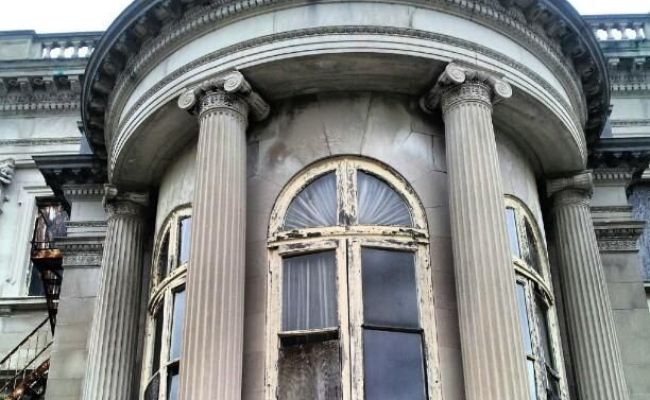 This majestic building is considered to be the Philadelphia area’s largest surviving gilded age mansion. It has 110 rooms, including a ballroom large enough to hold 1,000 guests.

During its heyday, Lynnewood Hall was known as one of the most spectacular houses in the country filled with extravagant riches, including Persian rugs, Chinese pottery, and chairs from Louis XV’s palace.

Back then it was home to one of the most important Gilded Age private art collections of masterpieces and decorative arts from European artists.

The collection was assembled by Widener and his son, Joseph and among other things contained art by Raphael, Rembrandt, and Donatello.

For several decades, the collection was open to the public several months a year, before Widener’s son donated the majority of its items to the National Gallery of Art in 1940.

Today, as the mansion sits abandoned, slowly crumbling behind closed doors, preservationists are fighting to buy the once majestic property and restore it to its former glory.

Read more about Lynnewood Hall at Cuitandokter by clicking here.