Upper Merion Native is Leading Challenger for Governor of Montana 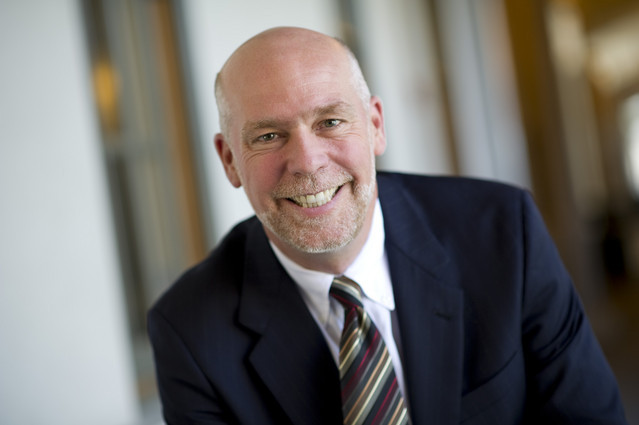 Gianforte told DiStefano that he learned life lessons on the field at Upper Merion High School, where he was an offensive guard on an undefeated Vikings team in 1979: “You win football games by first getting possession and then running 3- and 5-yard plays. Not by Hail Mary passes. Common sense, elbow grease, and keeping a positive attitude.”

As soon as Gianforte had the money – he was educated at Stevens Tech in New Jersey and soon after worked at AT&T Bell Laboratories – he moved to Bozeman, where he built RightNow Technologies, a cloud-computing pioneering firm, and raised his family.

“Once the Internet removes geography as a constraint, the smartest people go to the most beautiful places,” Gianforte said of his move to Montana.

The state’s frontier legacy is poorly paid farming, ranching, lumber, mining and smelting jobs, all in danger now from automation and falling commodity prices. Gianforte says his new mission is to make sure more people who grew up in Big Sky Country can afford to stay there.

Oracle is Exhibit A. “They’re putting up their global cloud-computing operations center here in Bozeman,” he said.

What he’s not running on, to the surprise of some, is the Bible. Raised Presbyterian, Gianforte and his wife’s multimillion-dollar support of church schools, evangelization programs, a creationist dinosaur museum, and a family-advocacy group that opposes gay marriage (as well as a pre-candidacy speech saying the Bible lacks any sanction of retirement) win him backing from fellow conservative Protestants.

Government & PoliticsNew York Times: With Trump Out of the Picture, Val Arkoosh Believes Important Issues Will Rally Democrats to Show Up for Next Year’s MidtermsJuly 16, 2021