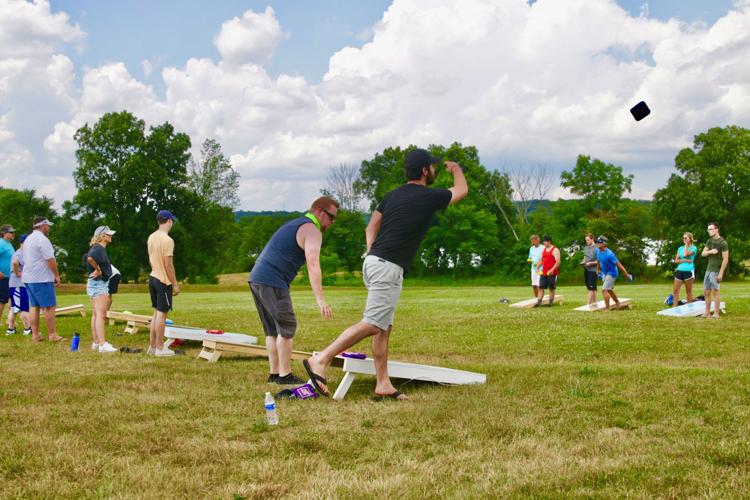 The league offers local cornhole players a competitive environment along with a socially distanced sport as the world continues to deal with the COVID-19 pandemic.

Hoff and Williams had run into each other several times over the years organizing basketball events. So this spring, Hoff decided to approach Williams with the PA Cornhole League idea and asked him to join.

Instead, Williams insisted he help run the league. The pair then used their networks to grow it from the initial ten teams of mostly friends and family into nearly 40.

They plan to run six-week leagues throughout the year. There are two divisions, social and competitive. The first league runs from June 28 through August 2 at The Alley on High Street in Pottstown. The venues have also been secured for several more events.

“We reached out to a bunch of local bars and pretty much every establishment was excited for us to host something there because it helps out everyone involved,” said Hoff.

Read more about Pennsylvania Cornhole League at The Mercury by clicking here.

At American Cornhole League Championships in OAKS, ESPN Will Be There, Spectators Won’t