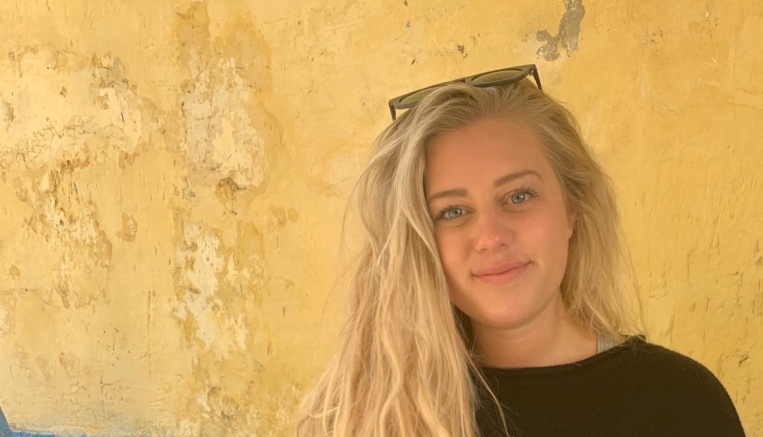 Heidi Specht, an Arcadia University International Studies and Spanish double major, has been announced as an English Teaching Assistant recipient with the Fulbright U.S. Student Program.

Next January, Specht will head to Brazil where she will teach English at the university level for nine months.

“I knew I wanted to teach English abroad after graduation,” said Specht. “It’s all toward an end goal of teaching English and working with minority groups in Philadelphia.”

Before enrolling at Arcadia University, Specht spent a year with a host family in Brazil. This experience inspired her educational journey, and she has since studied abroad in London, England on the First-Year Study Abroad Experience, as well as in Valparaíso, Chile, and Granada, Spain, each in traditional programs.

During her time in Chile, she learned Spanish and volunteered as an ETA at a local school.

“After the semester in Europe, I came out feeling aimless like I was checking off a bucket list of must-sees,” said Specht. “It made me realize the importance of intentional travel, so I approached future abroad experiences with more conscientiousness.”

Specht was also selected as a Critical Language Scholarship in Brazil recipient, but that program was canceled due to the coronavirus pandemic.

Currently on Front Lines of COVID-19 Fight, Arcadia Alum Sees Similarities in U.S. Response to How Ebola Was First Addressed in East Africa