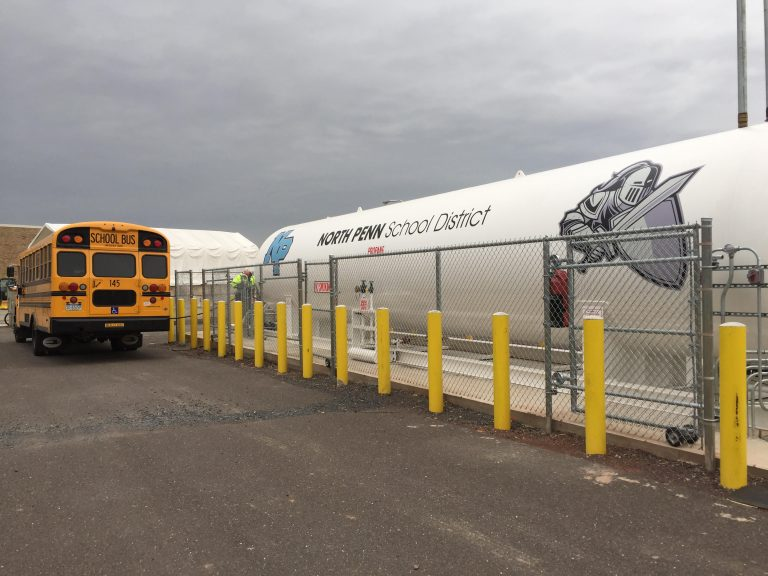 The unexpected bonus of the change was the lack of the usual noise generated by a gas-powered engine.

“Our drivers don’t even need their intercom systems anymore because it’s so quiet on the bus,” said Nicholas Kraynak, North Penn’s transportation coordinator.

As a result, children arrive at school calmer and the rides to and from school are more pleasant.

Kraynak originally proposed switching to propane to North Penn’s school board in February 2018. At the time, he emphasized that propane costs half the price of diesel and also has lower nitrogen oxides and greenhouse-gas emissions.

Nearly 18 months later, the district received its first 14 propane busses. In October, a new 18,000-gallon propane tank was installed beside the bus barn.

The pilot program has proven so successful that North Penn already has a bid out for seven more propane buses that would increase the total to 21 out of its 136 busses.

“Our plan is to eventually phase out diesel and go all propane,” said Kraynak.

Read more about propane-powered busses at the Whyy by clicking here.