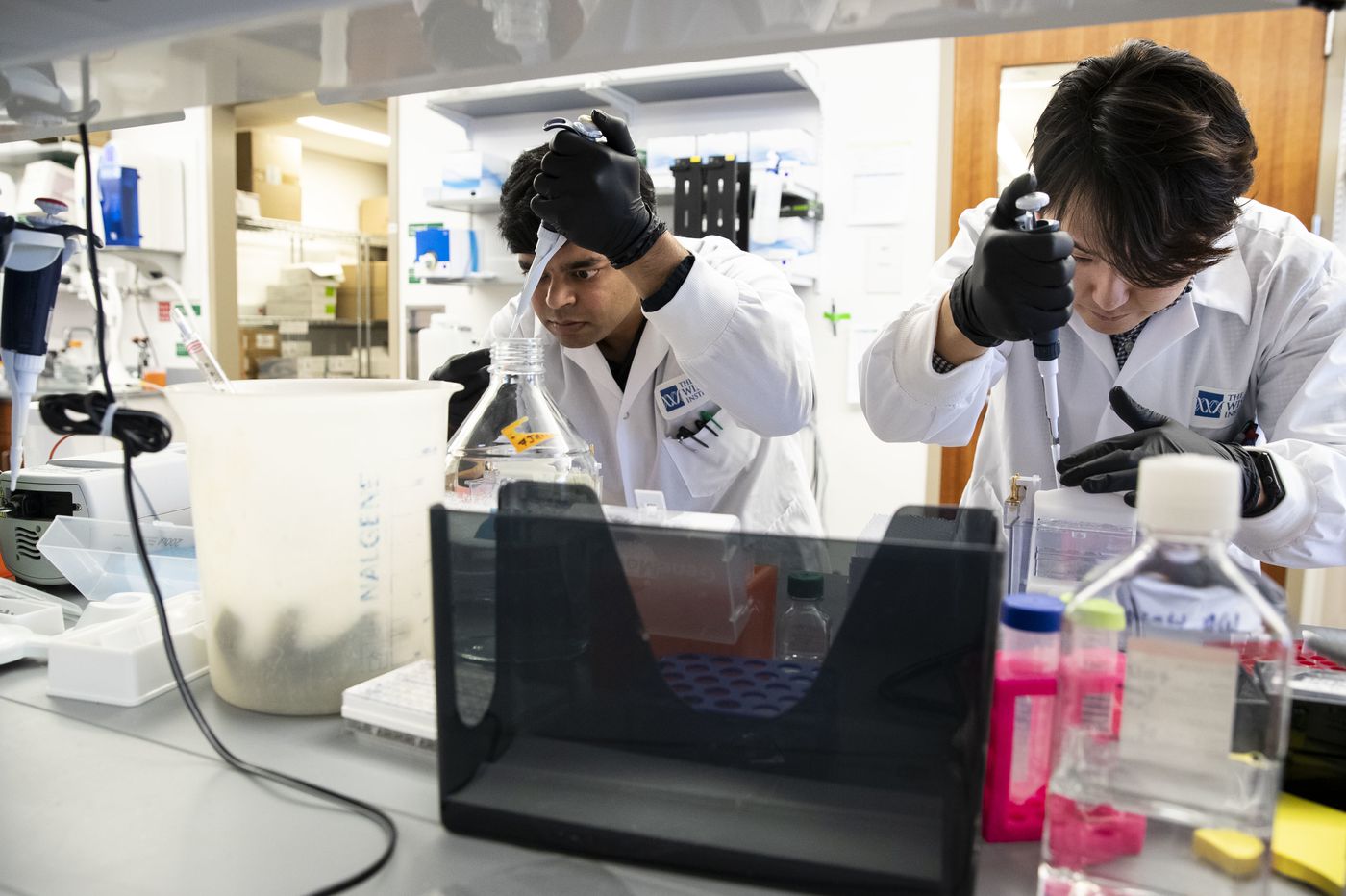 An experimental vaccine created by Plymouth Meeting-based Inovio Pharmaceuticals has been administered to three Philadelphia volunteers. Image via Monica Herndon of the Philadelphia Inquirer.

The company began working on the vaccine just ten weeks ago, after the microbe’s genetic code was published by Chinese authorities. Such an accelerated schedule in vaccine development was once thought unimaginable.

“Here we are the first week of April, and we’re starting to vaccinate people,” said Pablo Tebas, the Penn Medicine physician who is overseeing the effort. “The whole time frame has been collapsed.”

Up to 40 volunteers will be enrolled in the study. They will be split between Penn Medicine and the Center for Pharmaceutical Research in Kansas City, Missouri.

This is the second vaccine candidate that has reached the stage of human testing, following one made by Moderna. However, the majority of the several dozen vaccines currently in development have not yet reached that stage.

Each volunteer at Penn will be given two doses of the Inovio vaccine, with a four-week spacing.

The main goal is to ensure that the vaccine, currently named INO-4800, will 3not cause any adverse effects and that participants’ immune systems are generating the desired response.

Read more about the experimental vaccine at The Philadelphia Inquirer by clicking here.