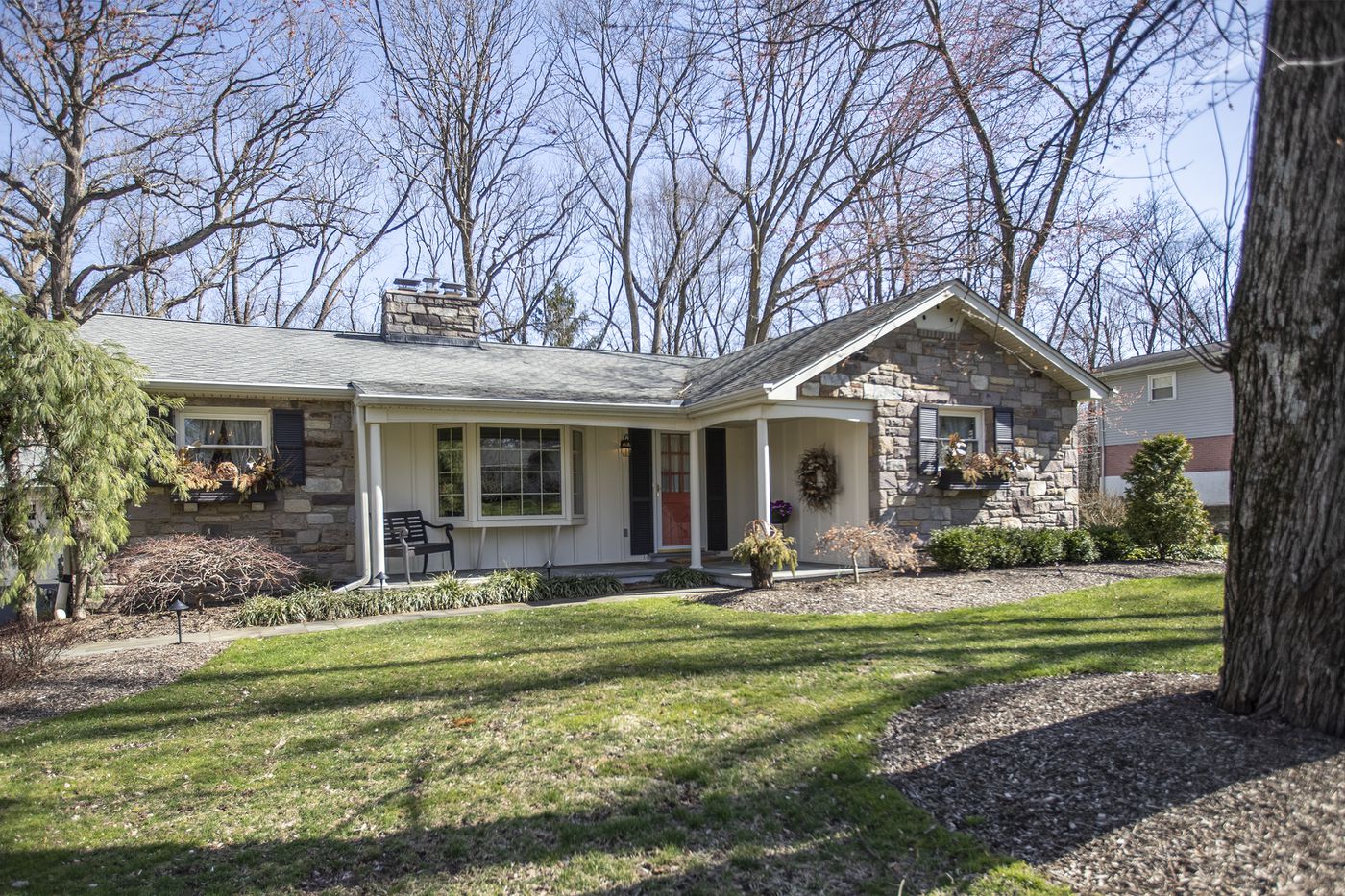 The sun-filled Ambler rancher owned by Jayne and Bill Wright will be ready for Norristown Garden Club’s annual garden tour scheduled for June 27. Image via Michael Bryant and The Philadelphia Inquirer.

The sun-filled Ambler rancher owned by Jayne and Bill Wright will be ready for Norristown Garden Club’s annual garden tour scheduled for June 27, writes Sally A. Downey for The Philadelphia Inquirer.

The 1,900-square-foot rancher built in 1964 was already the main hit for some visitors during the club’s Holiday House Tour in December, despite that it includes 18th- and 19th-century mansions.

The Wrights bought the home four years after they got married, in 1977. At that time, the home was in movie-in condition, with numerous closets, a master bath with walk-in shower, basement, attic, and a two-car garage.

Still, the new owners decided to make some changes. These included replacing the carpet in the family room and the linoleum in the kitchen with oak to match the rest of the house. They also took down the wall between the kitchen and family room to install a breakfast bar.

In addition, the pair received some cute new items for their home from Norristown Garden Club, who left behind two clay cardinals nesting on magnolia leaves for their kitchen after the Christmas tour.

Read more about the rancher at The Philadelphia Inquirer by clicking here.