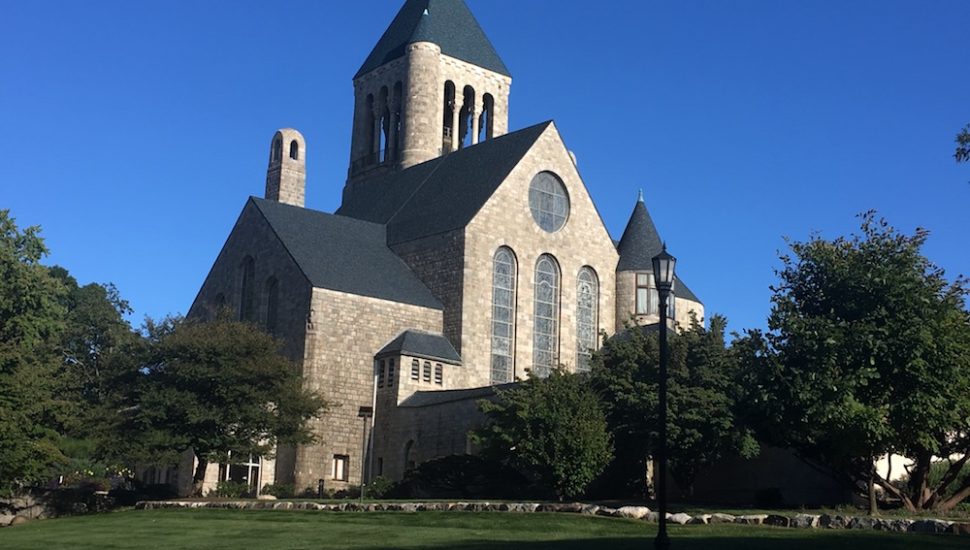 The Bryn Athyn Historic District showcases the love and admiration its founders had for the religious structures of the Middle Ages, writes Samuel Newhouse for the Hidden City.

“Of all the works of art created by the hands of men, there are none that seem to live, through the human spirit that breathes within their every part, as do the marvelous churches and cathedrals of the Middle Ages,” wrote Raymond Pitcairn a century ago.

Pitcairn, who was part of the family that founded Bryn Athyn, worked with hundreds of workers over four decades in the small town to create structures that would attain this level of luminosity.

As a result, today Bryn Athyn is home to a Gothic Revival cathedral from WWI and Glencairn Museum, a castle from the Great Depression. There is also a Beaux Arts mansion from the Gilded Age and another smaller mansion.

All of these structures are majestic and resemble just a few other pieces of American architecture.

It is “a mishmash of style that we just refer to as ‘Bryn Athyn style,’” said Warren Holzman, a blacksmith who teaches at Bryn Athyn College.

Read more about the Bryn Athyn Historic District at the Hidden City by clicking here.

DesignCouple Finds Everything They Were Looking for in 1929 Colonial in JenkintownJune 12, 2021