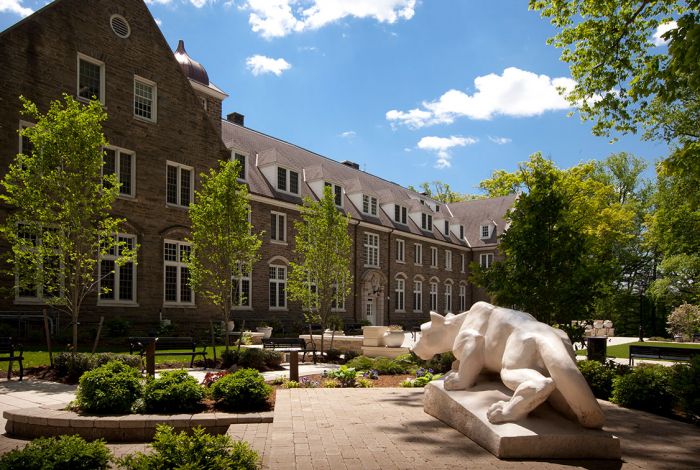 Patrick Bampfield, a senior at Penn State Abington, is satisfying his service-driven nature by serving on almost a dozen committees, commissions, and boards, writes Regina Broscius for the Penn State News.

In addition to his numerous posts, Bampfield holds a part-time job and studies corporate communications.

Despite this never-ending flurry of activity, he remains calm and collected. He can speak about any of his posts eloquently, as well as on issues such as affordable education and mental health.

One of his postings is campus chairman of the Council of Commonwealth Student Governments, which oversees the individual student government associations at Commonwealth Campuses.

In this role, he is in daily contact with the SGAs and meets with Student Affairs directors at the campuses.

Balancing so many postings along with work and study is not hard for Bampfield who says he has always been service-minded.

“For example, I was the deputy constable of elections in East Norriton Township,” he said. “It was an incredible experience. It’s humbling to help deliver the votes of your neighbors.”

Read more about Patrick Bampfield at the Penn State News by clicking here.