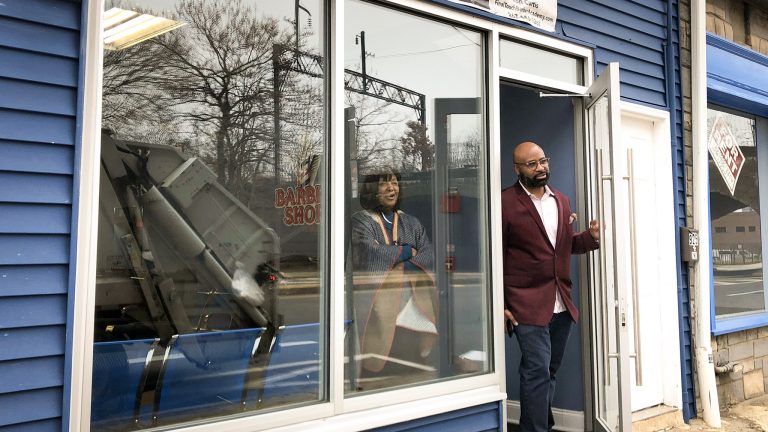 Ron Curtis and his mom, Elizabeth Childs, in the doorway of his new barber school. After using barbary to start a successful career following a stint in prison, Norristown’s Curtis is ready to fulfill his lifelong dream of opening a barber school. Image and caption via Billy Penn.

After using barbary to lift himself into a successful career after several years in prison and rehab, Norristown native Ron Curtis is ready to fulfill his lifelong dream of opening a barber school, writes Michaela Winberg for the Billy Penn.

He is planning to launch Final Touch Barber Academy in Philadelphia in late January in the hopes of providing other people with the tools to achieve success.

“My goal here is to basically be a part of a solution,” Curtis said. “It’s not hard to cut hair. It’s just about you putting the time in and applying yourself to your dream.”

Tuition at Curtis’ academy will also be significantly lower than in many similar schools in the region. Curtis plans to hold an open house on January 26, when he hopes to register ten students who would fill his first class.

The students will spend nine months learning everything they will need to know to take Pennsylvania’s barber certification exam. If they pass, they will receive a license required to work as a barber in the state.