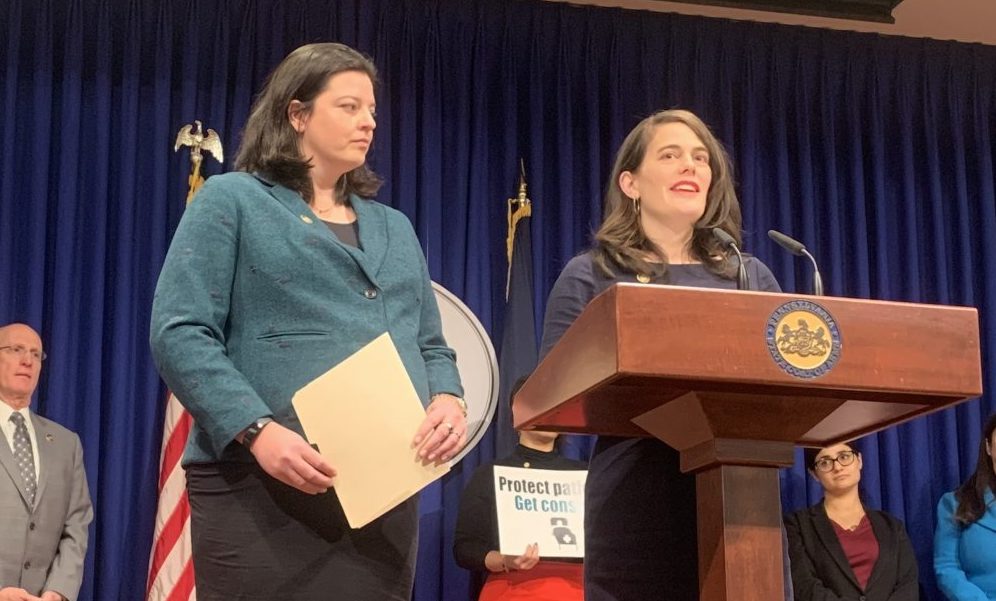 Hanbridge cited a survey Elle Magazine conducted in 2018, which found that of a hundred medical students from seven major schools, “92 percent of them reported performing pelvic exams on anesthetized patients. Sixty-one percent of them didn’t know whether the patient had consented.”

Researchers in a different study, from 2003, surveyed 400 medical students from five medical schools in Philadelphia.

Ninety percent of them said they had performed a pelvic exam on an anesthetized woman, though it was not clear how many had received consent.

Students surveyed over the years have expressed discomfort with the training practice.

Philadelphia Democratic Representative Elizabeth Fiedler, who is co-sponsoring the consent proposal with Hanbidge, said she first learned about nonconsensual training exams when a constituent emailed her.

“She was worried that like women across our state, her body had been used for a practice pelvic exam without her explicit consent,” Fiedler said. “A year later, she’s still never gotten a clear answer, despite asking her doctor directly.”