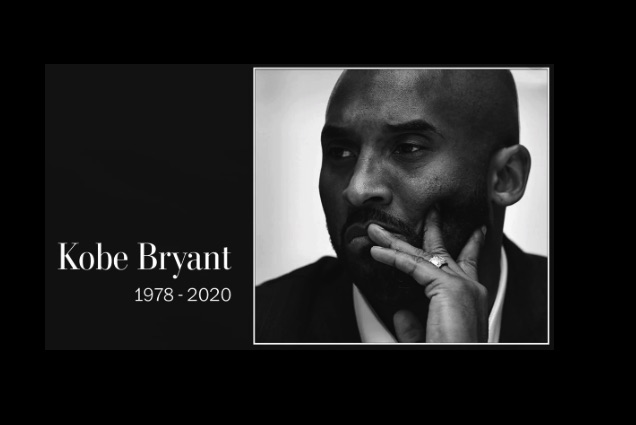 The helicopter with five people aboard crashed in foggy conditions.

Bryant was born in Philadelphia but started early in Italy where his father played basketball after leaving the NBA. They then returned to suburban Philadelphia where Bryant dominated, leading Lower Merion to a state championship.

He entered the NBA directly from high school in 1996 and became one of the greatest stars in basketball’s history. He was five-time NBA champion, two-time Olympic gold medalist, and got 18 all-star selections.

In 2006, he scored 81 points against Toronto Raptors, the second-highest single-game total in NBA history.

He suffered serious injury in 2013, but recovered to play three more seasons. He retired in 2016 after 20 seasons with L.A. team. In his last game, he scored 60 points, one of the most memorable career finales in NBA history.

After retiring, he wrote children’s books and produced animated stories. He also pursued various media and business projects with his company, Granity Studios.

Read more about Kobe Bryant at The Washington Post by clicking here.

New Kobe Bryant Book Covers His Years in Italy, Lower Merion, and How They Helped Shape Him into a Star