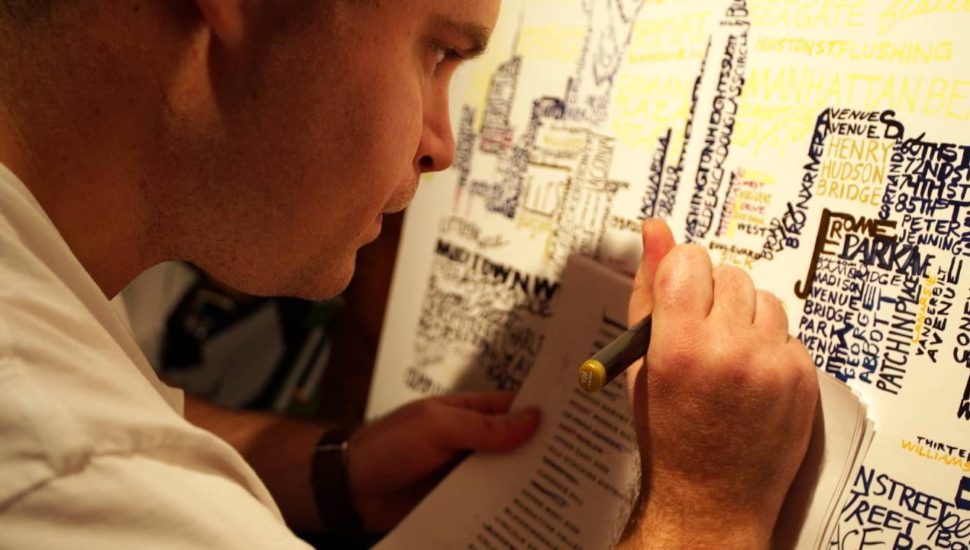 Dan Duffy, a Flourtown resident, is creating unique sports-themed pieces out of a series of words, writes Damon Turbitt for the ABC27. 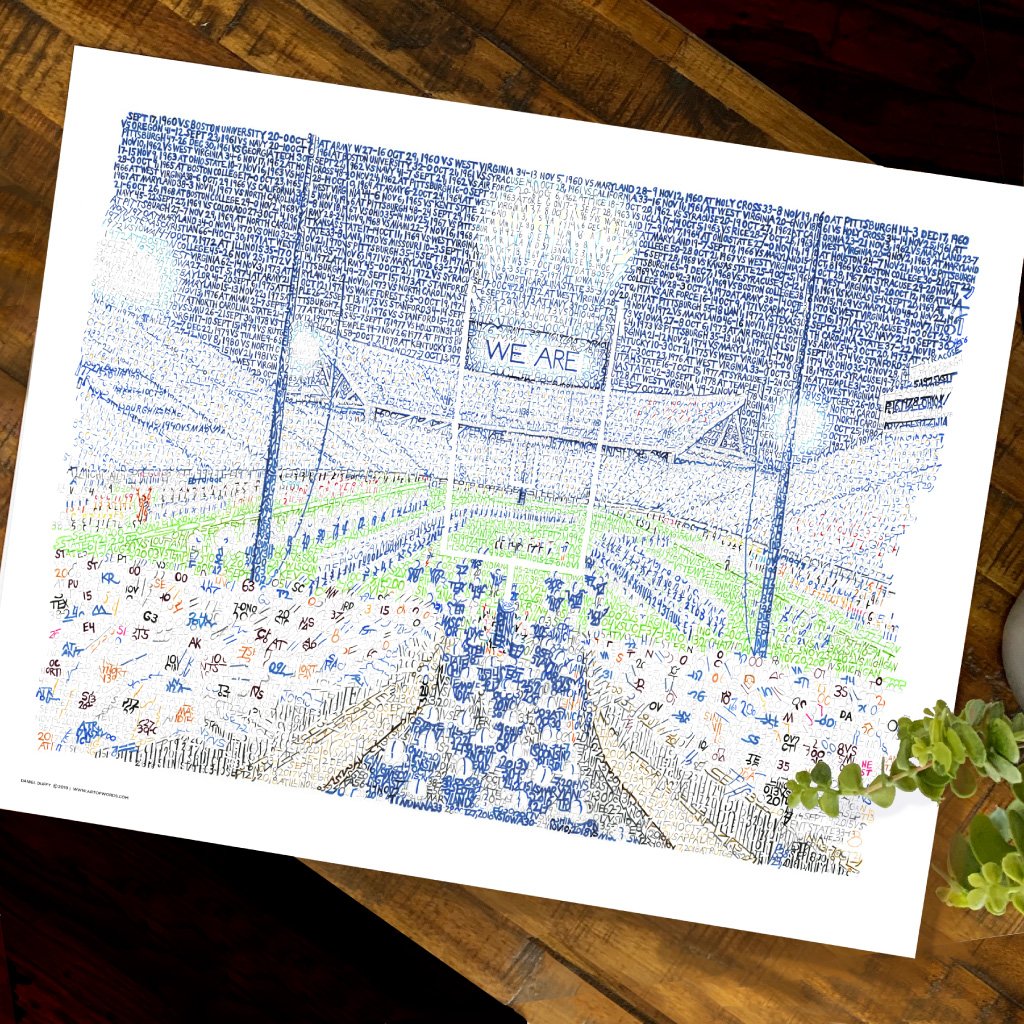 He refers to his works as ‘Word Art.’

“I’m not a great painter,” he said, “so I had to come up with a different way to make an image.”

His passion began as a way to impress his then girlfriend and now wife and has since grown enough for him to start his own business called Art of Words.

Duffy is a sports fan so most of his works capture some of the most memorable moments and people in sport over the last decade, including World Series winners and national champions.

As a lifelong Penn State fan, a big part of his work is focused specifically on creating Nittany Lions-related art.

“I’m sure in my lifetime I’ll be spending a thousand hours on Penn State pieces, for sure,” said Duffy. “I look forward to it.”

Duffy sells his pictures online and at various pop-up shops in the south central Pennsylvania area during the holiday season.

Read more about Dan Duffy’s art at the ABC27 by clicking here.

ArtSchwenksville Mother Combines Her Love for Education and Art to Illustrate Her First Children’s BookJanuary 6, 2021