Villanova Basketball Looks to be Heading Forward With Team Makeup 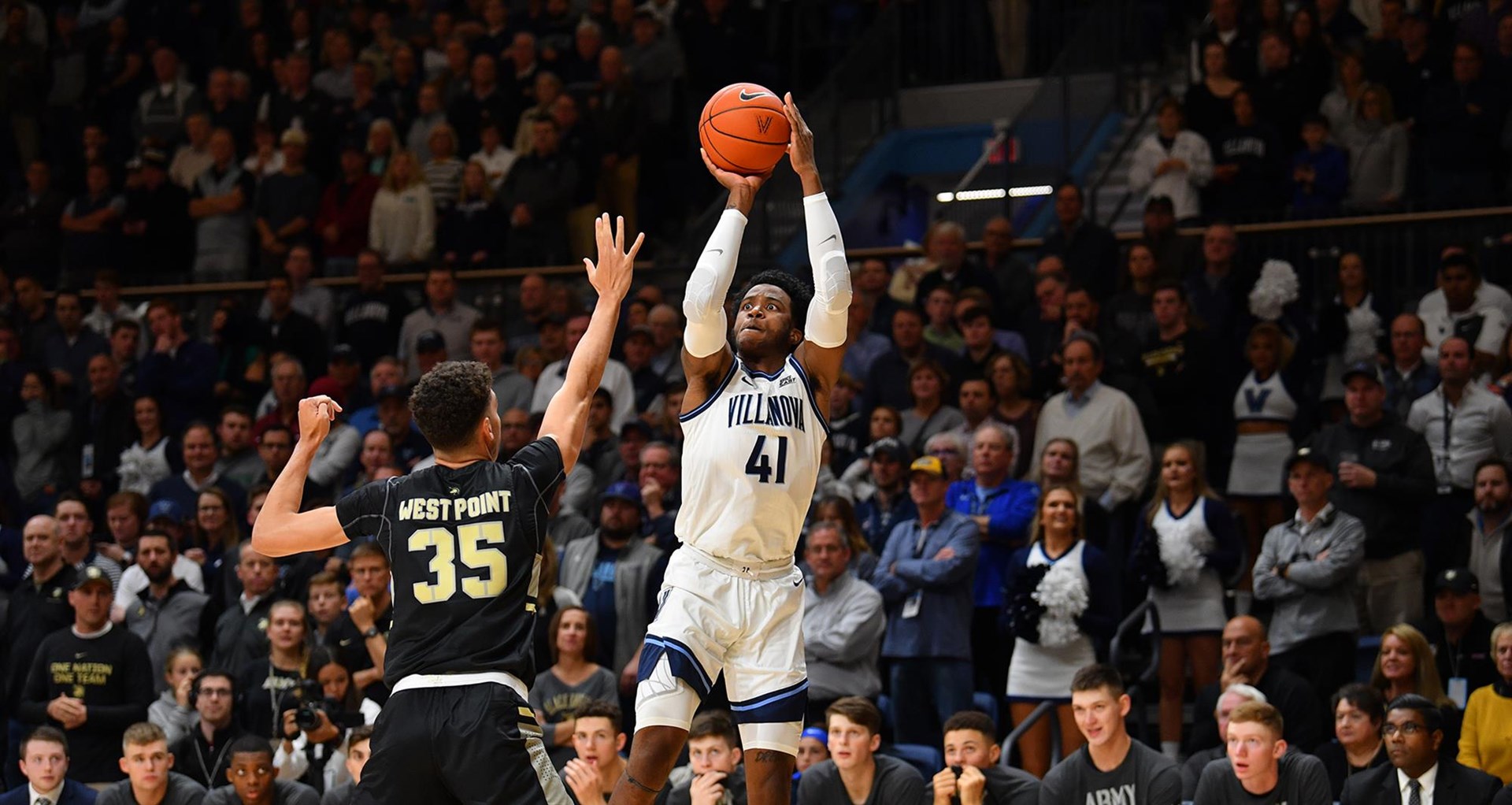 You might say Villanova is looking forward to its 2019-20 basketball season, writes Mike Jensen for The Philadelphia Inquirer as reprinted in the Chicago Tribune.

You start counting all the Villanova players who could start at power forward in some game this season, you get to five, maybe six players.

Some forwards will start at other positions. Some will come off the bench. Some will wait their turn. The skill sets vary. Roles will vary based on who else is on the court with them.

The challenge of fitting this together falls on a coach who has had interesting puzzles before.

“We have versatility,” Jay Wright said. “But we haven’t played with this kind of size. Even for our coaching staff, it’s challenging we’re going to get these guys their playing time.

Also, we want to be able to utilize them so we’re effective. We’ve been able to do it with guards, a lot of guards. We’ve never done it with a lot of forwards before. We’re trying it. It’s new to us.”