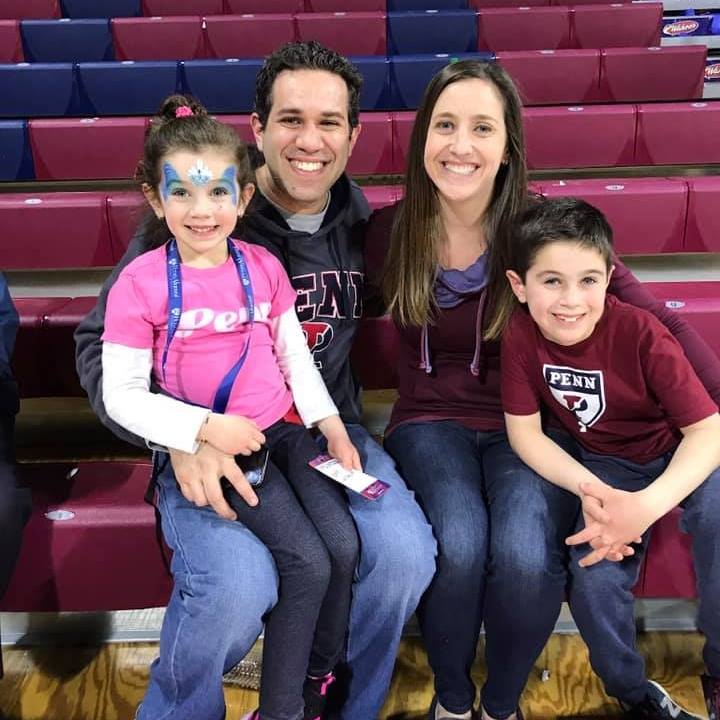 For Justin Windheim, whose family members have been avid Penn men’s basketball fans for many generations, the Palestra holds an added special meaning. Image via Facebook.

For Justin Windheim, who grew up in Dresher and whose family members have been avid Penn men’s basketball fans for many generations, the Palestra holds an added special meaning, writes Jackson Joffe for The Daily Pennsylvanian.

The historic arena is where his father proposed to his mother.

“My parents – and my grandparents too – met at Franklin Field, ” Windheim said. “They saw each other again at the Palestra in the winter, he asked her out, and a few years later proposed in front of the Palestra.”

The parents transferred their love for sports and especially Penn Quakers to their son. He began going to games as soon as he was able to travel.

“Our family – my brother, parents, and I – barely missed a game growing up,“ he said.

Then after being admitted to Penn, his support for the team continued to grow. By the time he graduated in 2003, he knew he would continue to come to the Palestra for the games with his family.

And despite the team not winning the Ivy League at all between 2007 and 2018, Windheim and many other superfans have stayed true to their team.

Read more about Justin Windheim at The Daily Pennsylvanian by clicking here.