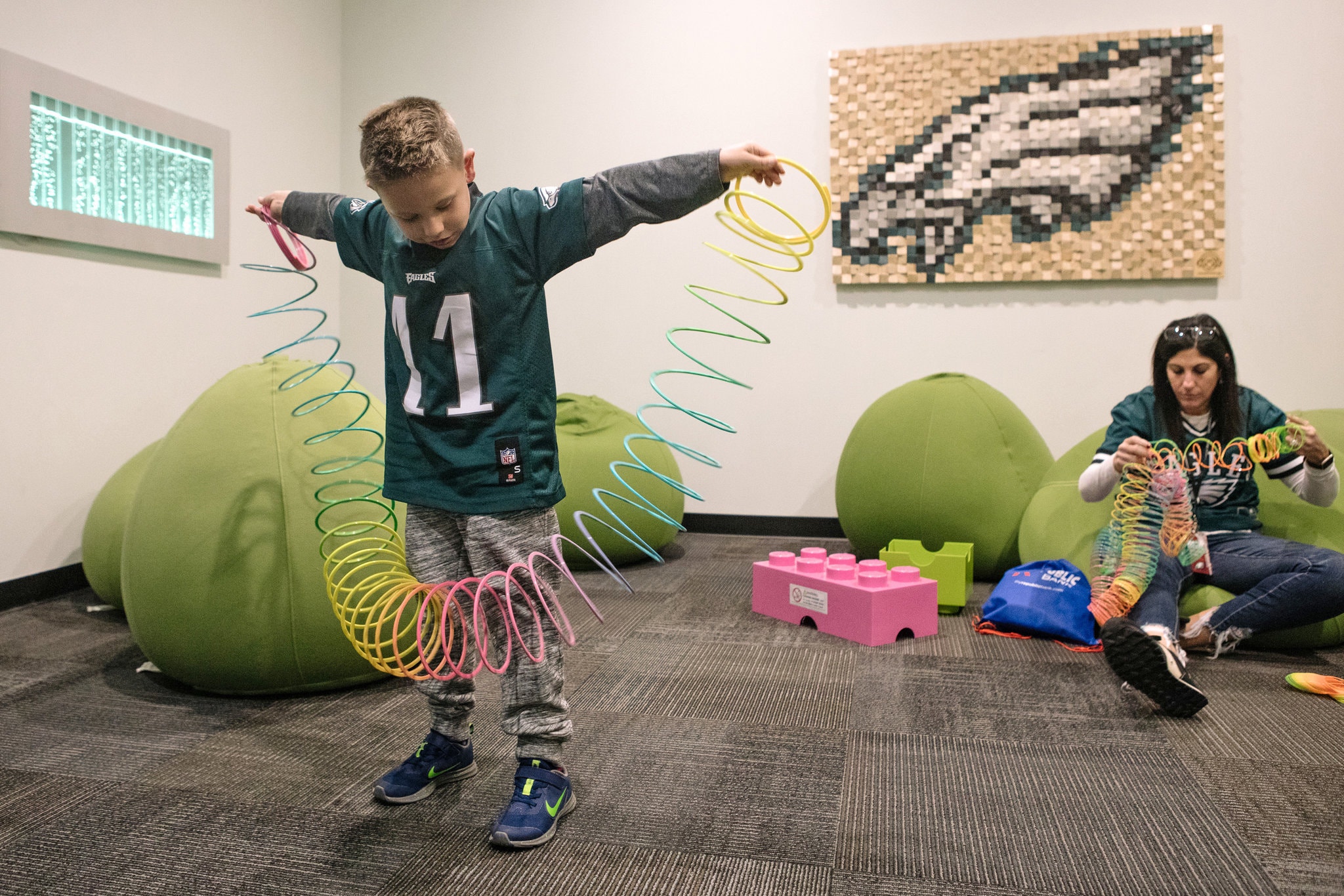 Franco Buttaro, 6, and his mom, Dana, play with Slinkys in the newly built sensory room at Lincoln Financial Field. Philadelphia Eagles is among the growing number of professional sports teams making their stadiums friendlier for fans on the autism spectrum. Image via New York Times.

Philadelphia Eagles is among the growing number of professional sports teams making their stadiums friendlier for fans on the autism spectrum, such as the 6-year-old Franco Buttaro from King of Prussia, writes Jeré Longman for The New York Times.

The Lincoln Financial Field now has a sensory room that muffles the noise of the arriving crowd, music, and fireworks.

Franco, who grows anxious while waiting in line to enter the stadium, relaxes once he reaches the room where he can play with Slinky toys and the team mascot, Swoop. There, he is also assisted by the team’s behavior analyst.

Once the family heads out to their seats in the stadium, Franco, whose favorite player is Carson Wentz, is given a pair of noise-canceling headphones.

The family was surprised and delighted when Franco made it through the entire game in early October for the first time.

“Having a space where it’s calm and quiet, it allows Franco to hit the reset button,” said his father, Frank Buttaro III. “It opens up the opportunity for people that would most likely not be able to take their child to a game.”

Read more about at The New York Times by clicking here.