More Than 2,000 Dogs Compete for Best in Show Title - And Your Pets - At Philadelphia’s National Dog Show 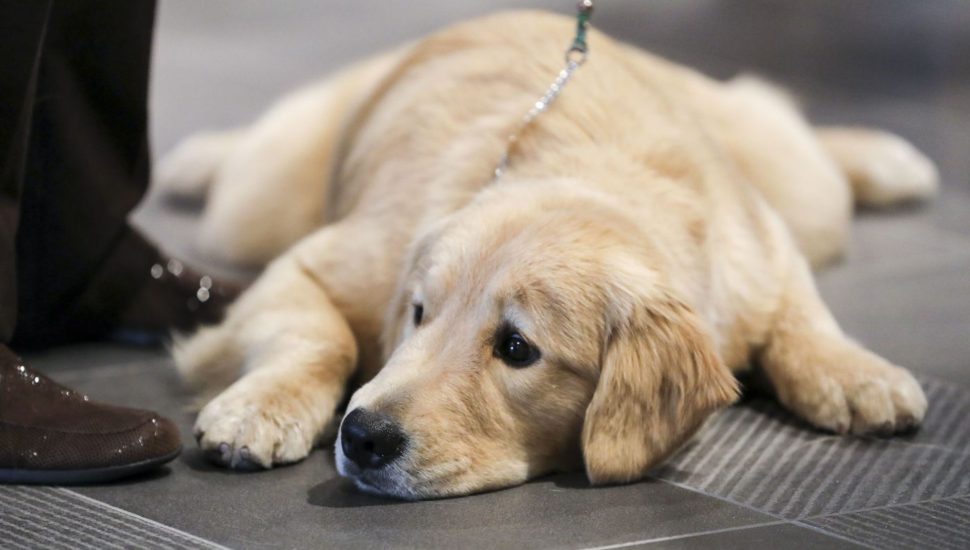 Topaz, a nine-month-old Golden Retriever, takes a break during a press event for the Kennel Club of Philadelphia's National Dog Show. Image via Monica Herndon, The Philadelphia Inquirer.

Over 2,000 dogs will compete for the Best in Show title this weekend at Philadelphia’s National Dog Show at the Greater Philadelphia Expo Center at Oaks, writes Stephanie Farr for The Philadelphia Inquirer.

The Kennel Club of Philadelphia’s National Dog Show is one of only three “benched” competitions nationwide.

This means that the dogs and their handlers have to remain in specific areas to meet and greet the public when not in competition.

This way, people who want to pet some – or all – of the dogs can do so, as long as they ask the owner first.

The competition will have 2,080 purebred dogs compete in two separate shows, the first of which will be taped to be nationally televised on NBC Thanksgiving Day.

This year, a record 195 breeds from 40 states will be featured. The dogs are first judged within their breed, before being placed in one of seven groups, including sporting, hound, working, terrier, toy, non-sporting, and herding.

The group winners will then compete for the top prize.

Food and DrinkDave Portnoy at Barstool Sports Throws a Lifeline to Local Bars and RestaurantsJanuary 20, 2021