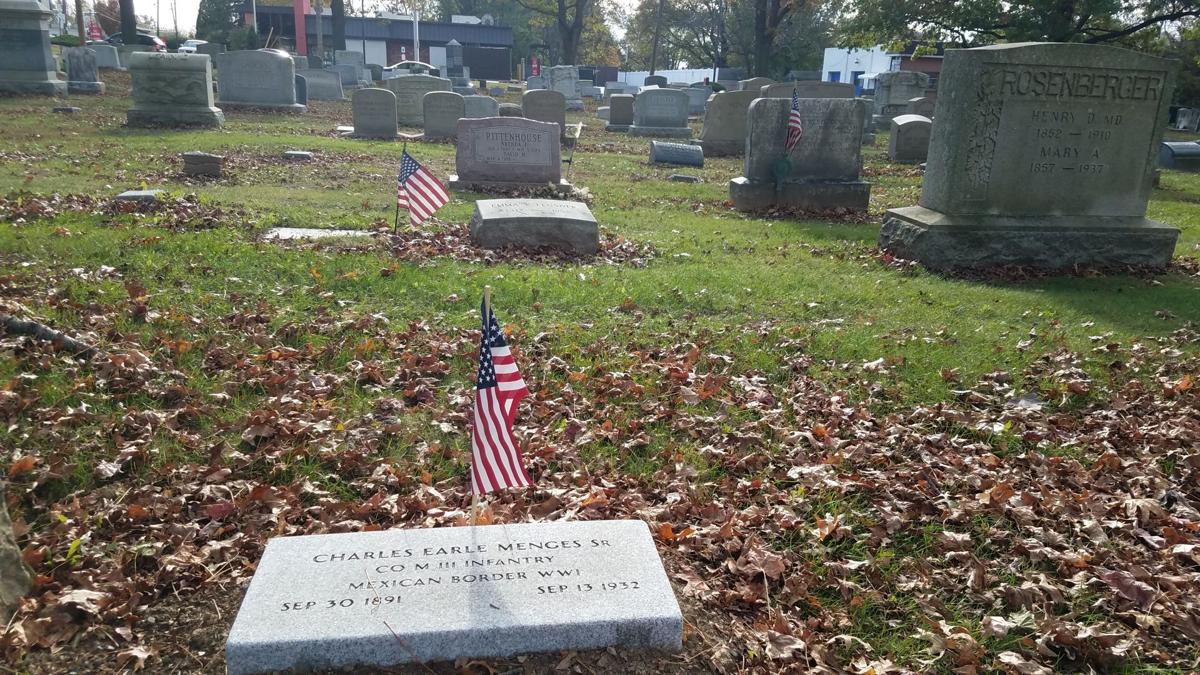 On the 11th month, 11th day, and 11th hour at Lansdale Cemetery, ten veteran graves will be re-dedicated.  These ten unmarked graves were discovered by the Lansdale Historical Society and over the last few 6 years, through their dogged efforts, they will now be properly recognized at their place of eternal rest.

What Happened? Why Were They Forgotten? The simple answer is most veterans are forgotten.

U.S. Army Scout George Mitchell (1850-1929), is the most notable. He fought in the Indian Wars from 1868-1869 and was a personal friend of Buffalo Bill; they rode in the same cavalry unit under General Custer. Although he served for only two years, after service he was a railroader who “worked almost a half century of service without an accident” and was proclaimed “a hero of the Jonestown Flood.”

Charles Saylor (1836-1904), aka Sailor, U. S. Army, fought in 13 battles in the Civil War. During his service, he was reportedly never incapacitated a single day. As a German immigrant, he fought for a country newly his own.  His brother and nephew were killed during the war.

Russell Pool, born 1897 was a Seamen in the U. S. Navy during WWI and he served on the USS Chattanooga and U.S.S. Edward L Doheny III (pictured below). After the war, he became a well-known Lansdale businessman until he took his own life unexpectedly in 1946.

Private Morris Closson (1834-1896) and Private First Class Herbert Rudolph (1894-1928) both U. S. Army, fought in the Civil War and First World War, respectively. Morris, who rode with the 198th Pennsylvania Volunteers was known affectionately as “Old Mort” and after service was a butcher by trade until he “met with reverses and took to drink, finally giving up all hope.” He lived in a shack at a brick yard as a hermit and died of “paralysis of the heart” at 62 years of age. Herbert Rudolph was not so lucky. He was wounded in battle and discharged from an Army Hospital. Upon returning home from Europe, he wandered from place to place for the next nine years until he was struck by a train at Orvilla at age 33.  The day before his death, he was seeking employment and had spent the night at the train station.

Private Charles Earle Menges (1891-1932), Pennsylvania National Guard, fought in the Mexican American War, the only war where an enemy, Pancho Villa, invaded U.S. soil. He then volunteered again and fought in World War I. Records indicate he was wounded in the arm, shell shocked (PTSD) and gassed. With his black hair and blue eyes, he cut a striking figure in uniform: 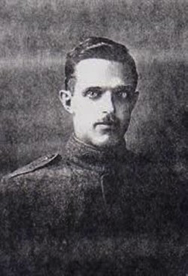 They are just a few of the ten, but the times and problems these veterans faced are the same problems veterans face today. Suicide, homelessness, Post Traumatic Stress Disorder, coupled with isolation and a loss of the community they had in the military, led, for many, to a lifelong sense of seclusion.

Veterans past and present are united by a willingness to sacrifice their lives for us and our way of life.  We, as a community, honor their deaths because it shows we value life.

Ann* served in the U. S. Air Force where she was a victim of military sexual trauma and when returning from Iraq, she served handling the remains of fallen soldiers at Dover Air Force Base. After service, she was never right again. Already slim, she worried herself to half of her body weight and her PTSD slowly destroyed her life until she took it this year at age 49. It was a life of misery which ended in tragedy, but she was such a burning flame of a person who would not hurt a soul. She had asked for help, but there was not enough help available for her depths of fear and pain.

Young, tall, and full of hope, Robert served in Vietnam with the Signal Corps. As an officer, his duty was less combat-centric than most and he lived what we would consider a successful life, although he frequently had “gut problems.” In 2014, he was diagnosed with a rare form of cancer, cholangiocarcinoma. The cause? Eating raw or undercooked fish in Vietnam, as instructed by his superiors to win the favor of Vietnamese nationals. He was exposed to liver flukes who lived in his body for 25-30 years creating scar tissue that resulted in this cancer. He died in 2015, decades after service.

John is an executive. He is carefully groomed, fit, and dressed to perfection. He is likely to not tell anyone he is a veteran and won’t let on until someone else does first. He sums up his service with, “I served too.”  John was a U. S. Army Tank Commander during the invasion of Bagdad. Most of his crew were killed when a roadside bomb flipped his vehicle and insurgent gunfire finished them all off. John was the only survivor.  If John could go back in time he would gladly, happily trade places with any of them. Survivor’s guilt is a burden he carries quietly and, at times, crushes him. He lives alone.

Help is available, readily available. The VA of 2019 is not the same as the one in 2015. Locally, their treatments range from non-traditional care at a Vet Center (1-877-WAR-VETS) to Goat Yoga and Guitar Club therapy at the Coatesville Medical Center.

Veterans wait. Each year, veterans die in the waiting room at VA medical centers or waiting for access to care*, but they would likely die in any hospital waiting room because they were taught to be resilient and stoic. They wait until the last minute for help because they think a brother or sister in arms may need help before them.  Veterans die, for real, waiting in the battlefield of their own minds.

Robert, John, Charles, and “Old Mort” suffered in silence, the silence of a grave.

Go out this Veterans Day and do something besides tell someone the phrase “Thank you for your service,” which is nice but comes off as harsh, it is the absolute minimum a person could say.  Maybe ask “Did you serve? What was it like? What did you do? They may minimize it, or talk your ear off, but maybe they will feel a connection to us all and feel safe enough to get the help they need.

**First names of present-era veterans are fictitious in order to protect their privacy, any resemblance is coincidental.

About the Author: Commander Dennis Miller (Retired) is the Director of Veteran Affairs for Montgomery County.  HE is a 24 year veteran of the United States Coast Guard.