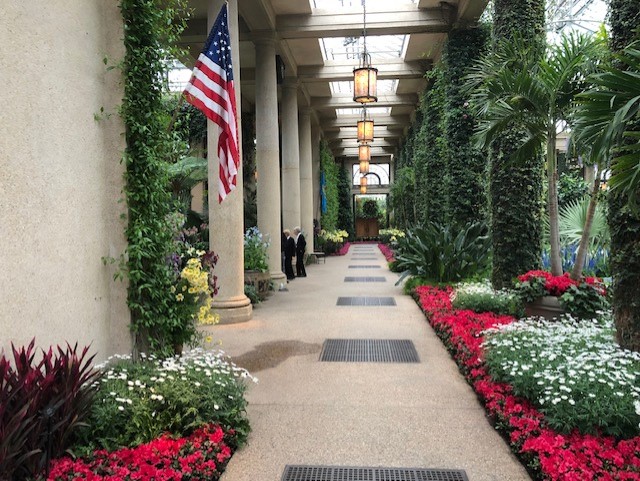 Longwood Gardens, one of the region’s most popular tourist attractions, drawing close to 2 million visitors annually, is planning a $200 million expansion, its largest ever. Image via MONTCO Today.

Longwood Gardens, one of the state’s biggest tourist attractions, is planning a $200 million expansion, its largest ever, writes Joseph DiStefano for The Philadelphia Inquirer.

Longwood first plans to sell $49 million of bonds to cover design and engineering costs for the construction of a new conservatory that is planned on the site of the greenhouses next to the main building. The bonds are expected to sell by the end of the year.

The first step of the expansion would also cover repairs and renovations to several buildings, relocations of administrative offices, replacement of oil tanks, and the addition of a storage facility. Additional parking is also under consideration.

The second step would include a larger borrowing of around $150 million to fund the construction of the new conservatory building.

The current conservatory covers four acres and is home to high-rise orchid, palm, lily, and numerous other themed spaces. It is also the setting for seasonal and rotating plant collections and special exhibits.

The final tally for the expansion would more than double Longwood’s last major initiative of $90 million. That renovated, replaced, and expanded hundreds of its fountains.

Read more about Longwood Gardens in The Philadelphia Inquirer here.