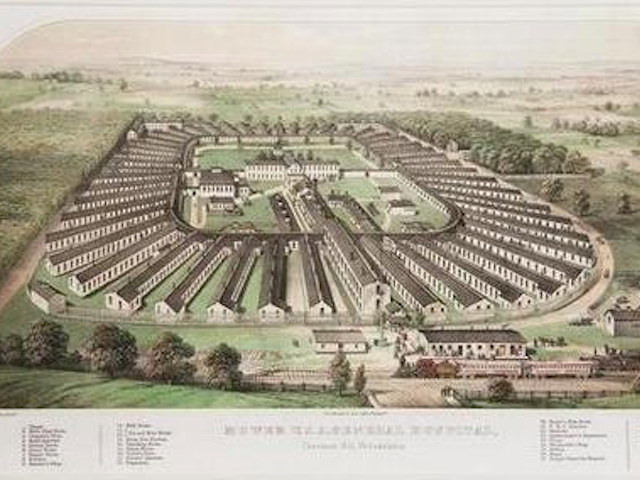 During the Civil War, Chestnut Hill was home to one of the nation’s largest hospitals, according to a staff report from the Chestnut Hill Local.

When the war started, the Chestnut Hill East suburban railway line had only been open for seven years. However, it soon provided an essential access route for many patients.

When the scope of the war became apparent, both sides started rapidly building the infrastructure needed to support its efforts. This included constructing railroads, docks, barracks, and hospitals, and many other structures.

At first, existing buildings were converted into medical facilities, but as the war ground on, new military hospitals were required.

This included Mower General Hospital in Chestnut Hill. The new hospital had 3,600 beds and opened in January 1863.

The hospital complex was designed by John McArthur, Jr., who later became famous for his Philadelphia City Hall design.

The hospital closed in May 1865. However during the two years of its operation, it served around 20,000 patients. The hospital was demolished shortly after the war ended.