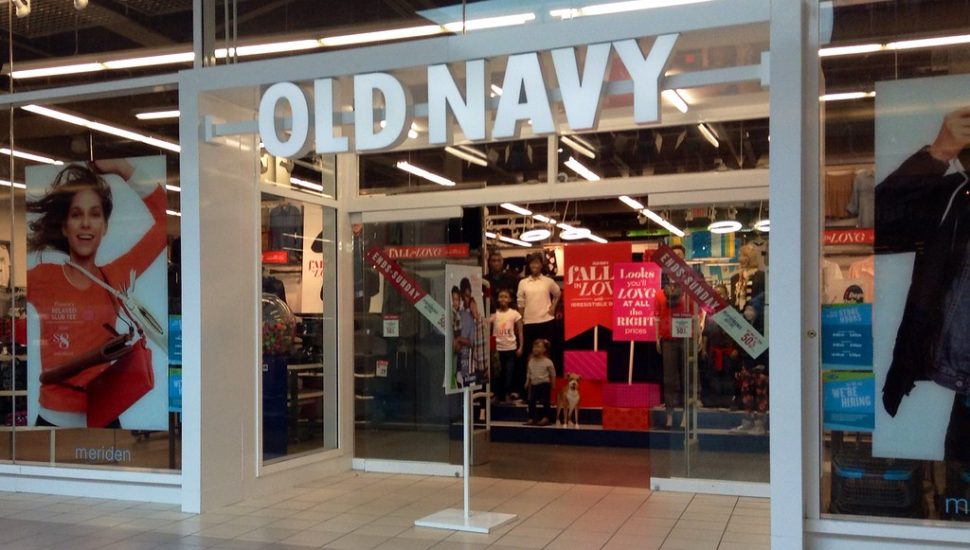 Old Navy is adding roughly 75 stores per year to bring its 1,140 locations up to almost 2,000 as part of a major expansion. (Image courtesy of Wikipedia).

Old Navy is planning to become a stand-alone company in 2020, opening about 800 new stores as part of a major expansion, writes Dees Stribling for bisnow.com.

The clothing retailer is adding roughly 75 stores per year to bring its 1,140 locations up to almost 2,000. Old Navy has three locations in Montgomery County in North Wales, Warminster, and Plymouth Meeting.

The expansion plans seem illogical as the retail industry in the U.S. is in a steep decline, but Old Navy President and CEO Sonia Syngal said at an investor’s event that most of the growth will be in undeserved small markets. Old Navy will stay away from struggling malls.

“We’re an $8B startup,” Syngal said, referring to the brand’s most recent sales total, considered separately from the Gap. “The sky’s the limit.”  Syngal said one of the goals of the expansion is to drive sales to $10B.

“[Old Navy has] grown sales and comp over the last three fiscal years and we see a lot of white space for continued store expansion,” Gap President and CEO Art Peck said during the company’s most recent earnings call.

Gap. Inc is in the process of splitting itself into two separate companies. Old Navy will be one of the successors and the other will include Gap brand, Athleta, Banana Republic. Intermix, and Hill City.

“Old Navy’s market share position holds strong at 3.1%,” Peck said. “It remains the No. 2 largest apparel brand and the No. 9 largest retailer.”

To read the complete story in Bisnow National click here.