Norristown Fire Department to be honored by National Liberty Museum 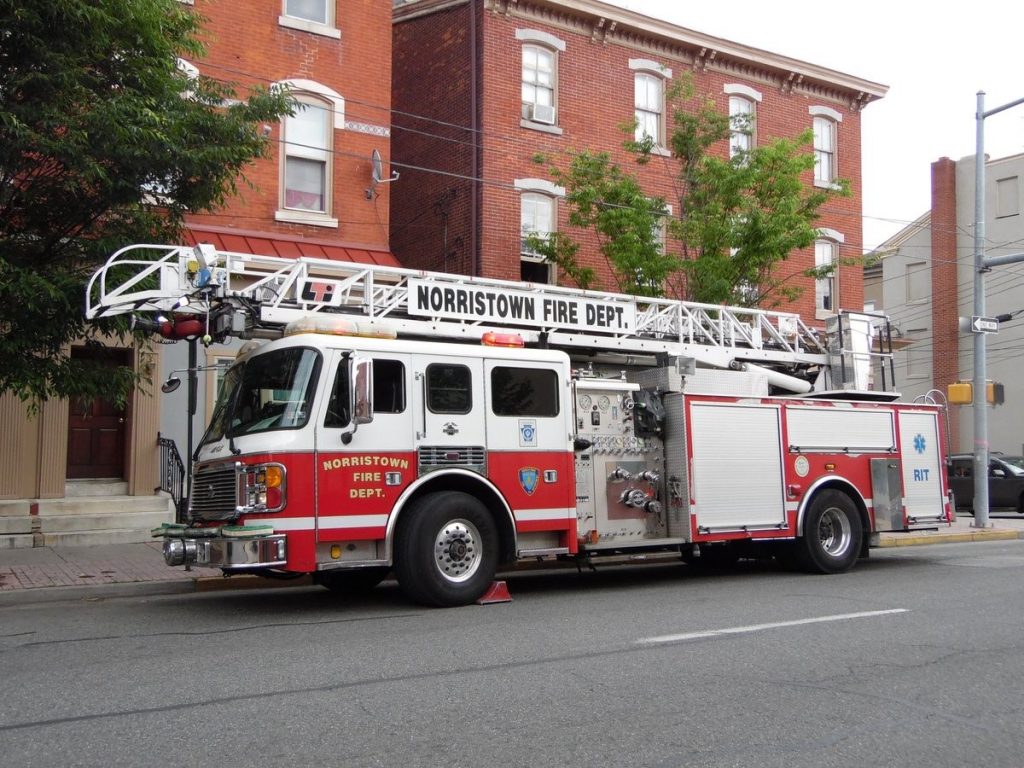 The Norristown Fire Department is about to receive a big honor.

The department will be saluted by the National Liberty Museum at an upcoming event. Norristown, along with the Lower Merion Police Department, will be honored for their work as a team, and “remarkable acts of heroism and for serving as role models in their communities.”

Along with a few select other individuals and departments, they will be recognized at the 14th annual Awards of Valor ceremony on Thursday, Sept. 19.

The ceremony will be emceed by NBC10 reporter Harry Hairston. Guest speakers for the event will include Philadelphia Mayor Jim Kenney, and representatives from both the Philadelphia Fire Department and Philadelphia Police Department, and President and General Manager of Reedman Toll Auto World Bill O’Flanagan.

According the NFD, Kindle is an Accelerant Detection Canine – or arson dog – trained to sniff out evidence that may have been used to start a fire. Kindle is the first arson dog in Montgomery County.

Officer Shannon Sell of the Bridgeport Police Department will also be honored with the Meritorious Community Service Award for an individual. Officer Sell helped deliver a baby and then resuscitated the infant when the baby went into respiratory distress.

According to a press release from the National Liberty Museum, heroes are nominated for one of four categories: 1) valor in emergency response – individual; 2) valor in emergency response – team; 3) meritorious community service-individual; and 4) meritorious community service-team. After receiving over 60 submissions this year from citizens, police and fire chiefs, community activists and town administrators, the judging was then carried out by the National Liberty Museum’s leadership in consultation with Chevrolet. The stories of the Awards of Valor winners will be displayed in the National Liberty Museum’s Live Like a Hero gallery for one year in a captivating visual exhibit for all museum-goers to see.

“The Awards of Valor recipients have stories that are gripping and inspiring, representing the very best of what the Museum considers ‘everyday heroes’,” said Gwen Borowsky, Executive Director of the National Liberty Museum. “This Award recognizes the brave individuals who selflessly and unhesitatingly put themselves in dangerous situations to keep all in the community safe. They are an inspiration to everyone in law enforcement and in the communities they serve.”

Stories of honorees will be featured in a museum exhibit and on the museum’s web page: https://www.libertymuseum.org/