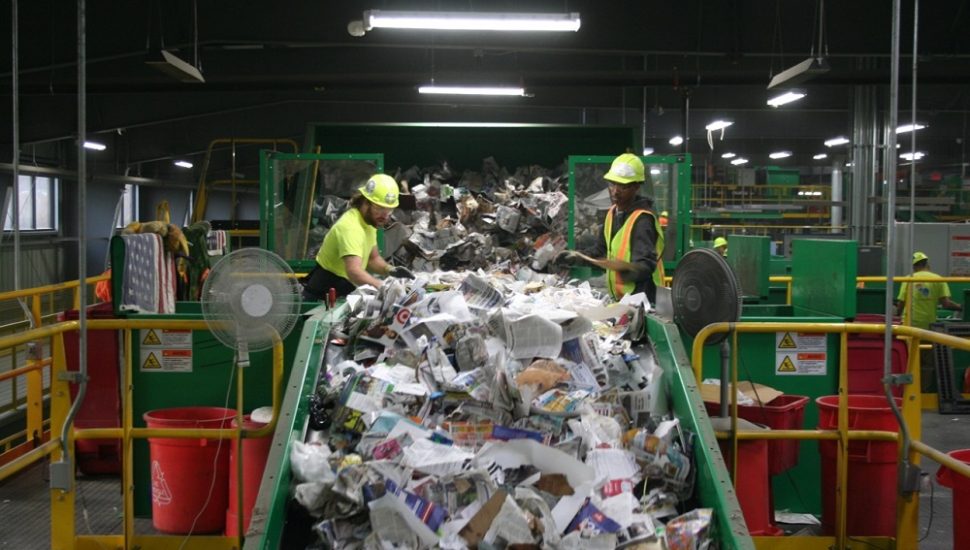 J. P. Mascaro & Sons, based out of Lower Providence, announced that as part of its contracted curbside recycling program, the Borough of Pottstown will be the first community in the United States to handle and process flexible plastic packaging (“FPP”) as a recyclable, instead of landfilling that material.

After a nationwide solicitation by Materials Recovery for the Future (“MRFF”), an industry-sponsored research collaborative, Mascaro and its TotalRecycle automated single stream recycling facility in Exeter Township, Berks County, were chosen to head an innovative “Pilot Program” to demonstrate the viability of processing FPP at automated material recovery facilities and marketing the recycled product known as rFlex to end users.

Historically, FPP (i.e., plastic bags, wraps, pouches, product packaging, etc.), which represents a growing portion of the residential household waste stream, has not been successfully recycled and had to be landfilled.

Seeking to process and market FPP as a “recyclable” for the first time, the MRFF industry and association members, including companies such as The Procter & Gamble Company, Target, The Dow Chemical Company, PepsiCo, Nestlé USA, Nestlé Purina PetCare, Amcor, The Walmart Foundation, KraftHeinz, and the American Chemistry Council, and many others, awarded a $2.6 million grant to Mascaro to install sophisticated optical sorting equipment at its TotalRecycle facility to make the recycling of FPP possible.

Speaking about the Pilot Program, Joseph P. Mascaro, Sr., the company Director of Sustainability, said, “Our company is thrilled to have been chosen by the MRFF for this Pilot Program; we have purchased and installed all the new automated optical sorting equipment needed to recycle FPP; and we are excited to add FPP to the Borough of Pottstown’s existing curbside recycling program.”

Mascaro added, “We chose the Borough to kick off this recycling pilot program because of its proximity to our TotalRecycle facility and because it meets important project requirements such as curbside recyclables being collected in wheeled carts.”

Hobart's Run by the River 5K a Success in Pottstown