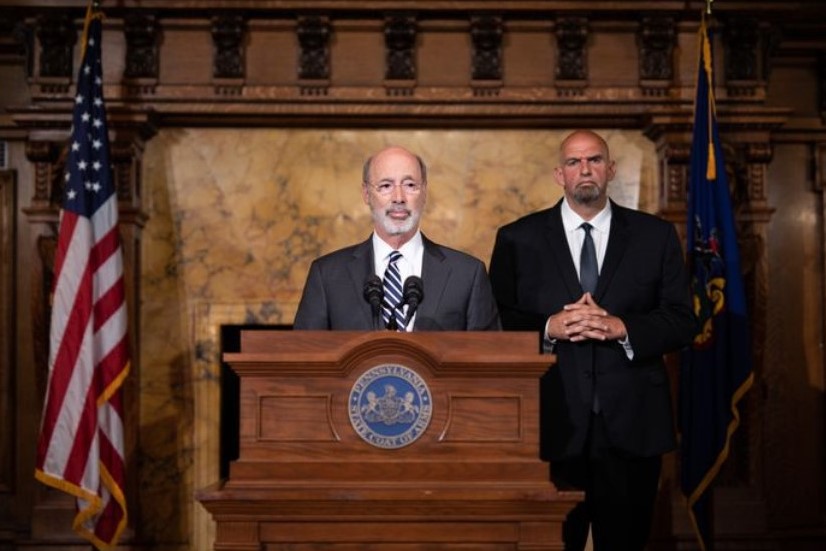 Gov. Tom Wolf has changed his stance on recreational marijuana and has joined Lt. Gov. John Fetterman in calling for its full legalization in Pennsylvania, writes Jan Murphy for the Harrisburg Patriot-News.

Wolf previously said he wanted to study the experience of the other 11 states and the District of Columbia that have passed laws to legalize recreational marijuana.

However, during a press conference on Wednesday, he moved beyond that position by saying he thinks it is time for Pennsylvania to join them.

Several legislators “agree with the many Pennsylvanians with making adult-use regulated marijuana use legal – that includes me,” said Wolf. “I agree.”

Both Wolf and Fetterman acknowledge that it will most likely take longer to get the General Assembly to pass such legislation. Republican legislative leaders have already made it clear they are not behind the proposal yet.

Still, they urged lawmakers to not wait on passing legislation to decriminalize non-violent and small cannabis-related offenses.

“This has the potential to affect tens of thousands of Pennsylvanians, many of whom had their lives shattered by a conviction on an action that most Pennsylvanians do not believe is a crime,” said Wolf.

Despite Still Not Having Announced His Run, Abington’s Josh Shapiro is Presumptive Democratic Nomination for Governor