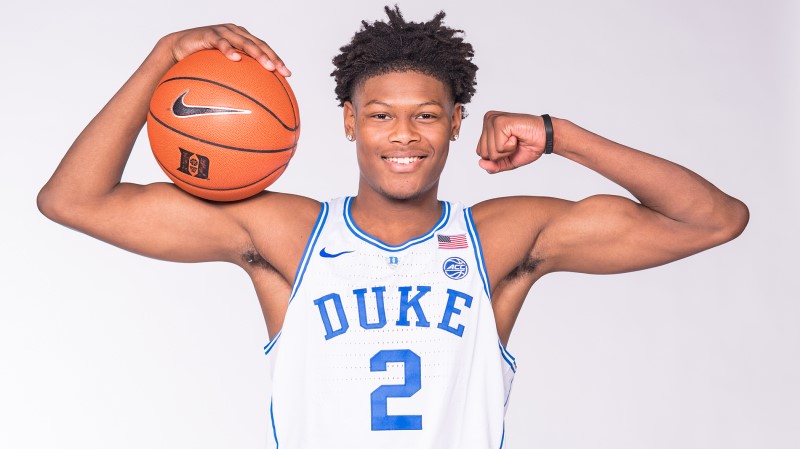 West Norriton's Cam Reddish was selected with the 10th overall pick of the 2019 NBA Draft by the Atlanta Hawks Thursday night.

Montgomery County has a new millionaire in the making. That would be West Norriton’s Cam Reddish, who was selected with the 10th overall pick of the 2019 NBA Draft by the Atlanta Hawks Thursday night.

Last year the 76ers drafted Villanova product Mikal Bridges, from Malvern, with the 10th pick before trading him to the Phoenix Suns. Bridges signed a two-year deal (with two option years) that guarantees him $7,713,960 million. Odds are Reddish will be in line for more money than that, as NBA salaries for rookies increase each year.

“It’s a blessing,” the 6-foot-8 Reddish said while being interviewed by ESPN. “I’m real excited. I really can’t wait to get to work.”

When asked what he brings to the table for the Hawks, who had two picks in the top 10, Reddish didn’t hedge upon answering.

“A high character guy coming in,” he said. “Great work ethic. I’m really just super excited. Can’t wait to get there.”
Despite living in West Norriton, Reddish elected to go to high school at Westtown School, a Quaker preparatory school in West Chester. Highly touted coming out of high school, Reddish, deemed the No. 3 prospect in the nation and a McDonald’s All-American, landed a scholarship to NCAA powerhouse Duke University.

He was an honorable mention All-ACC selection, playing in 36 games and averaged 29.7 minutes and 13.5 points a game. He scored in double figures in 23 games, including 20-or-more points in eight contests. He was also Duke’s leading free throw shooter, making 77 percent of his foul shots.